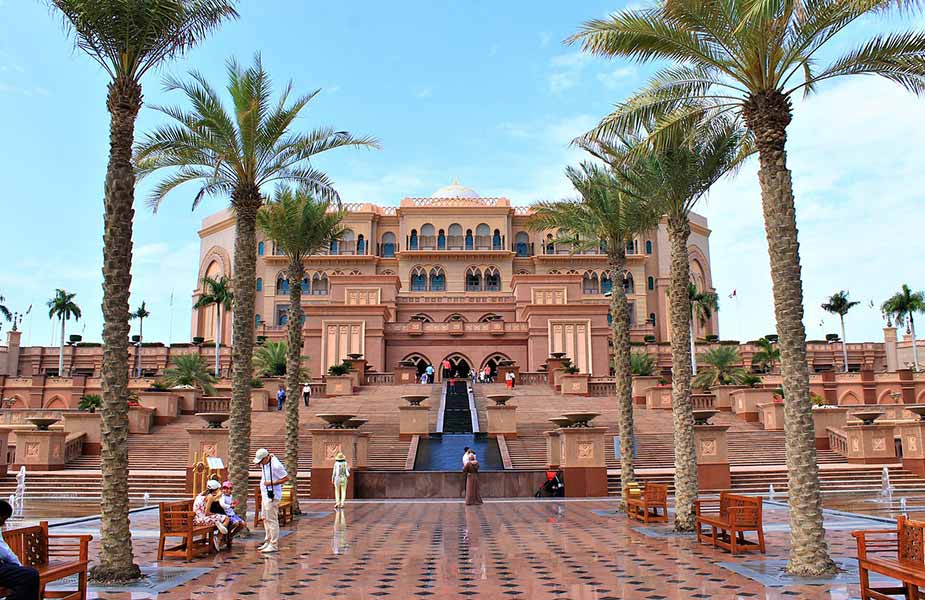 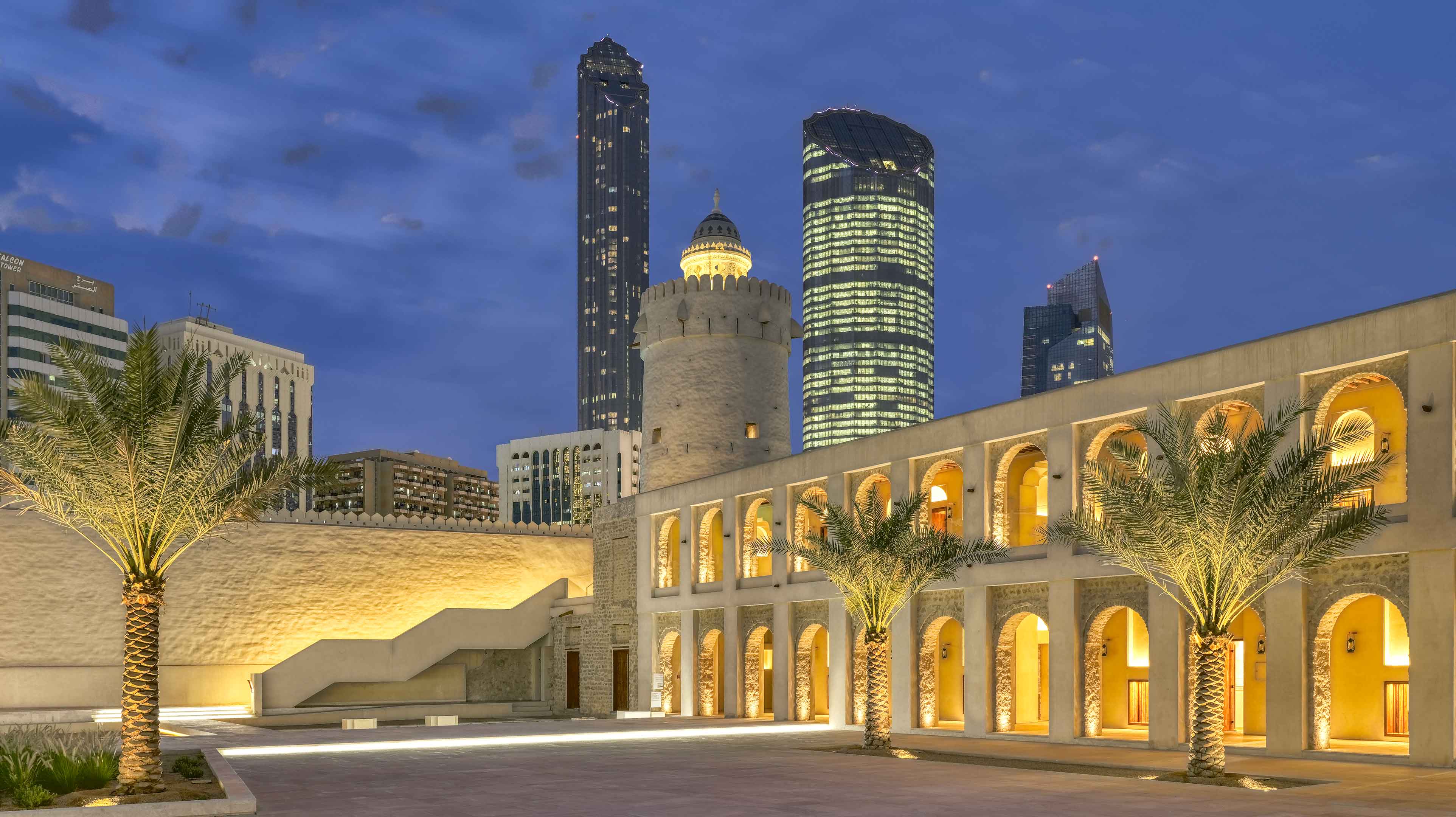 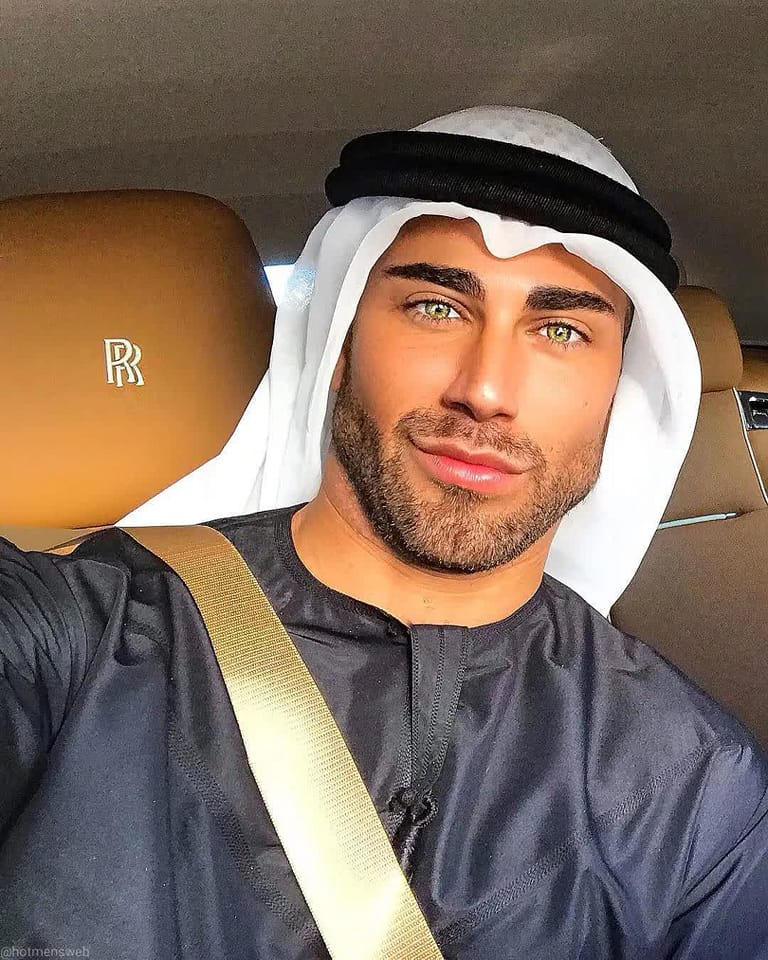 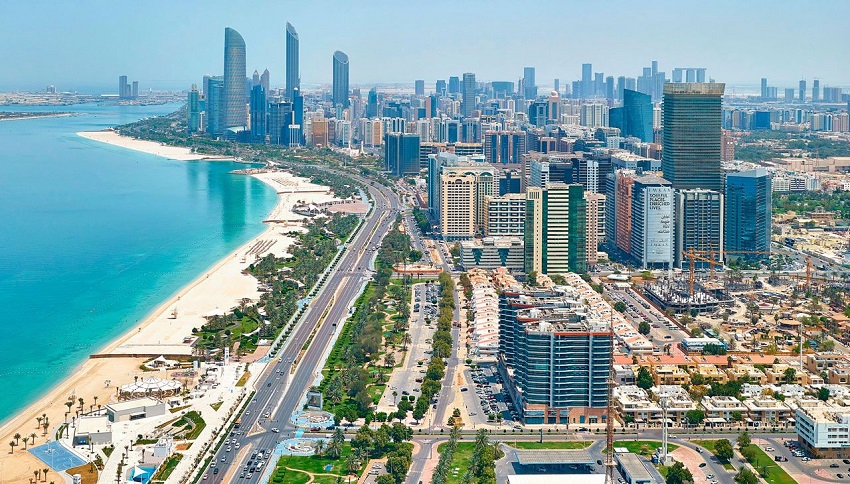 Abu Dhabi sits off the mainland on an island in the Persian (Arabian) Gulf. The Abu Dhabi Investment Authority is headquartered in the city, and as home to the President of the UAE, is the financial and government headquarter for United Arab Emirates.

As forward-looking as Abu Dhabi might appear due to modern architecture and relatively open-minded attitude to alcohol compare to other Arab states it is still illegal to be gay.

As Islamic Sharia Law states all sexual relations outside of a heterosexual marriage are considered a crime unmarried mixed sex couple cannot live in same household. This means foreign workers need to share apartments with same sex flat mates. These restrictions on unmarried mixed sex couples living together might actually encourage same sex relationships. The population of Abu Dhabi is over 80% expats

The maximum penalty for a person convicted of homosexuality ten years in jail, followed by deportation, if you are a foreigner. Floggings, beatings, torture, death, fines can all be applied in other parts of the Emirates. Though to be fair, the death penalty has never actually ever been carried out as a punishment for homosexuality or sodomy in the entire history of the United Arab Emirates.

With all the art, fashion, design, glitz luxury, wild nightlife the city, the LGBTQ community of locals and foreigners exists in very discreet manner.

As the hub for one of the world’s biggest airlines, Etihad the male flight attendants, form the backbone of the local discreet gay scene.

If you do decide to visit Abu Dhabi, you just need to be very discreet and not show affection in public. Many of the locals you see in the traditional Dishdasha or Kandura Emirati men in small group that socialize are clearly gay but discreet.

At the end of the day, the Abu Dhabi’s authorities are not in the business of hunting gay tourists to arrest so conversely don’t be too afraid of having some hot fun with the right guy behind closed doors.

Abu Dhabi International Airport (AUH) is the city's main airport and approximately 6 km from city centre. There are 2 transportation options to get you from Abu Dhabi airport to the city centre. The airport is full of taxis 24/7 as there are no night flight restrictions as well as a public bus service that runs 24/7 from all terminals.

Buses in Abu Dhabi are very frequent, clean and efficient and used by many of the foreign workers. Most journeys will tax around 30 minutes due to short distances between bus stops. Get a Hafilat card (reloadable) and swipe in and out of buses as you use them.

Abu Dhabi is also home to sandy beaches with clear waters for swimming, huge mosques, various islands. The best area to stay in Abu Dhabi is the downtown area near the beach and the main tourist neighbourhood.

The Sheikh Zayed Grand Mosque being one of the largest mosques in the world and the biggest mosque in the United Arab Emirates. This huge modern, Islamic Mosque was built by Sheikh Zayed Bin Sultan Al Nahyan in the remembrance of his father. It has the world's largest loomed carpet in one of the prayer halls. The glamorous architecture combined with exquisite design and pattern of the mosque makes it highly popular among the foreign travellers. Open from 9am to 10pm.

Etihad Towers Observation Deck is a major attraction in Abu Dhabi that offers a 360° panoramic sight of the city. Located on the 74th floor of the second tower of the Jumeirah at Etihad Towers, the deck boasts a seafront site. The Observation Deck is situated 300 metres above ground, making it the highest vantage to see the city of Abu Dhabi. There is an entry fee for non-guests of the hotel but other need to pay for entrance.

A desert safari is an adventurous, thrilling and fun things to do in Abu Dhabi. The most popular day trip or overnight trip. You can go for Sand Boarding, visit a camel farm, try quad biking, Dune Bashing, camel riding or dining in the desert if you have booked the overnight trip.

Heritage Village is where to learn more about typical Emirati life before pre-oil life in the gulf. It is a reconstructed village complex which is walled from all sides and has a fort, a Souq for goat trading and a mosque. It contains several attractions and displays including carpet weaving, a spice shop, a campfire, pottery, a falaj irrigation system and metal workshops. The village also has a narrow strip of beach to sit and relax. It is an excellent place to learn and know more about the history of some of the Arab traditions.

Despite being religiously conservative by Western standards, Abu Dhabi offers alcohol and sex-starved Arabs a quick fix before returning to their even more strict homelands.

At many hotspots you will only see a bunch of men randomly sitting around with loud music, so no different than any other Middle East nightclubs.

The Abu Dhabi restaurant scene constantly changes and there is huge choice of cuisines to choose from. As you are in the Middle East then Lebanese cuisine is a good choice and popular with locals. Some restaurants that are popular with local might not serve alcohol out of respect for these clients so check in advance if you want to drink alcohol. The sale of alcoholic beverages is more regulated in Abu Dhabi than Dubai.

The Bayshore Beach Club is an urban oasis overlooking the Arabian Gulf in the heart of Abu Dhabi. Bayshore Beach Club possesses a secluded private beach, mature tropical gardens and a selection of pools to cool off in and infinity pool with swim-up bar. One of the more affordable beach clubs.

Breeze Poolside Bar is not a beach club but still a great place to hang out. Located on the 23rd floor of the Dusit Thani hotel and boasts a panoramic view of Abu Dhabi’s cityscape. Breeze is a refreshing pool bar where guests can enjoy a wide selection of light and healthy dishes complemented by refreshing smoothies, vitamin boosters, and fresh cocktails.

Al Maya Island Pool Party is popular weekly hangout for hundreds of trendy setting Abu Dhabi residents who start the weekend early on Friday at lunchtime after morning prayers by heading out on a boat for a day Al Maya Island. Join them for crystal-clear water, an exotic swim-up bar with DJs to set the vibe. The boat journey to the island is 20-minutes and run frequently. A chic place to drink, top up your tan, take a swim, admire all the gorgeous bodies playing or just chill while having lunch in the upscale restaurant.

The best places to go shopping in Abu Dhabi are the huge malls as these are air conditioned with lots of choice.

Marina Mall is one of the most popular shopping centres in Abu Dhabi, with more than 400 retail outlets under its roof. There is a revolving restaurant on the 30-storey observation tower, which offers some spectacular views across the city and the Arabian Gulf.