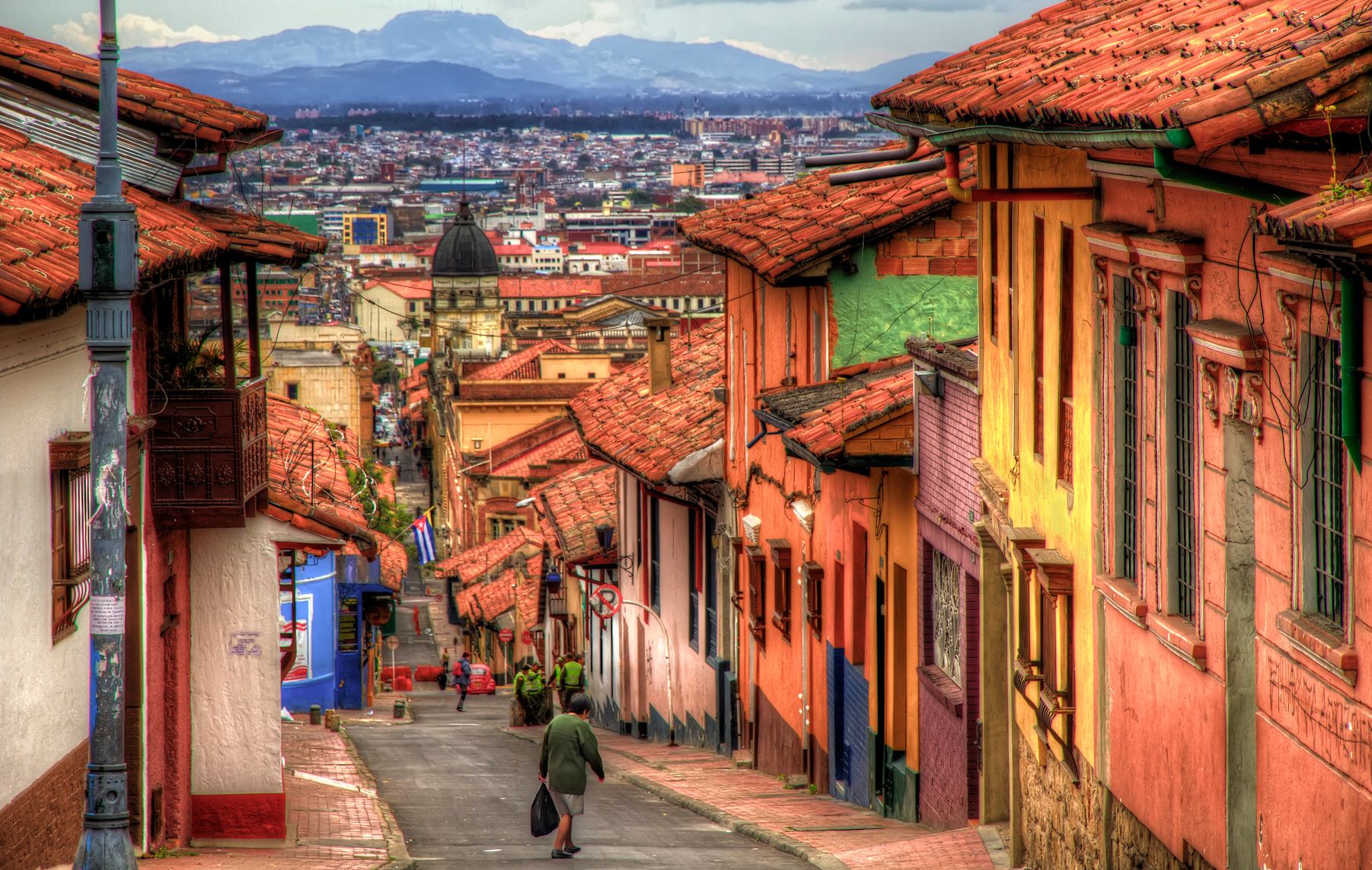 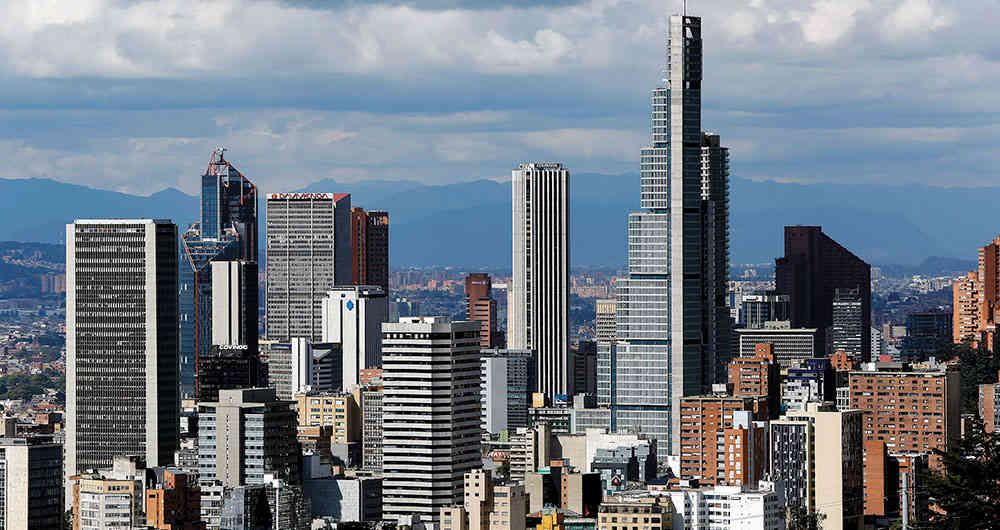 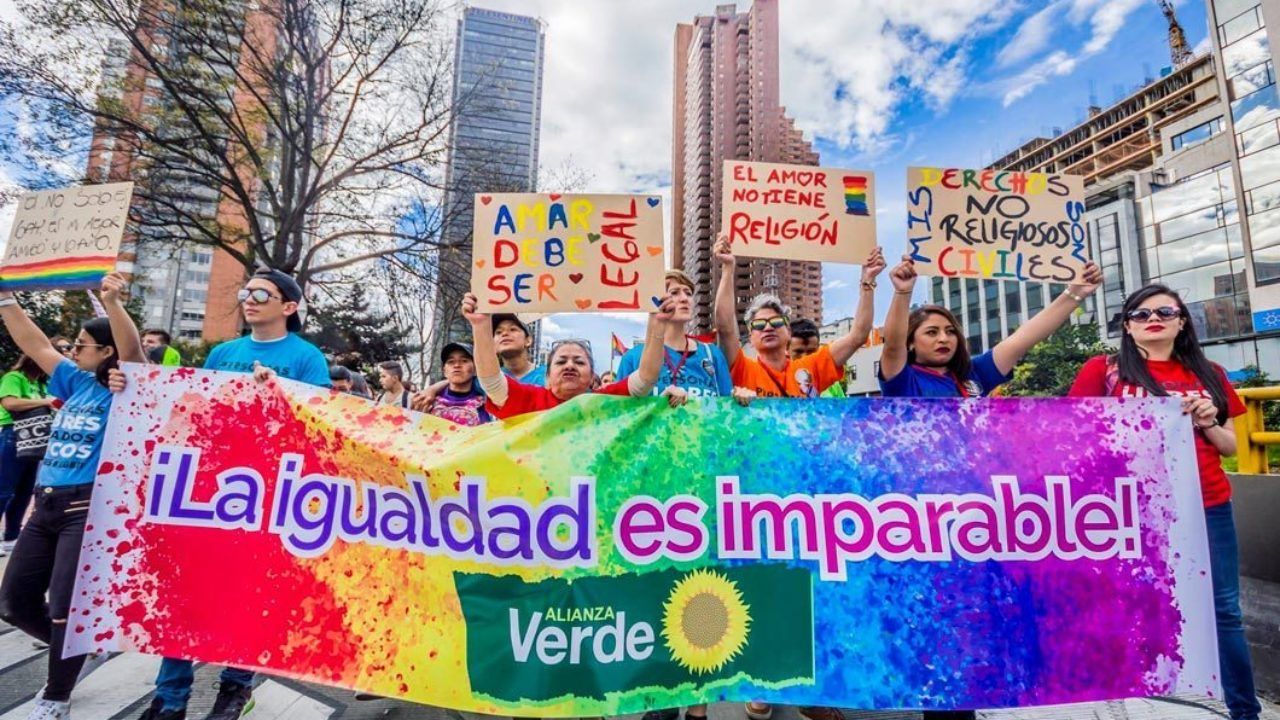 Bogotá was founded as the capital of the New Kingdom of Granada on August 6, 1538 by the Spanish conquistador Gonzalo Jiménez de Quesada.

It is made up of 20 localities or districts, where each of these has its own mayor, who is called the Minor Mayor. The first lesbian mayor Claudia Lopez was elected in October 2019

It is among the highest capital cities in the world located at an average of 2,625 meters above sea level situated in the centre of Colombia.

Colombia has a growing gay scene and considered a leading Latin America country for LGBTQ rights.

Anti-discrimination laws were passed in 2011, adoption is allowed by both single and married couples, gays are allowed to openly serve in the army and in 2016, gay marriage was legalised. Colombia even has a law protecting your “right to express public affection in public” which is very progressive.

In terms of transgender rights, the right to change legal gender has for years been allowed in Colombia. In addition, Colombia allows a “neutral” or “blank space” for gender identity on birth certificates. Transgender people are also allowed to openly serve in the army.

Bogotá's El Dorado International Airport (BOG) is the most important in the country and approximately 11 km from city centre.

To get to the city centre by bus you need to take the free airport “Feeder” shuttle to “Portal El Dorado” station which is located a few kilometres away from the airport. At Portal El Dorado you should take K86 bus to city centre or bus No 1 to La Candelaria which is main tourist area which both take around 1 hour.

Chapinero is the LGBTQ neighbourhood of Bogota and north of tourist area about 30 minutes. It would be recommended to stay in this area if you want to experience the nightlife and travel to city centre during day to visit the tourist attractions.

A taxi from airport to the city centre will take around 20 minutes and to Chapinero about 50 minutes depending on traffic. Airport taxis cost approximately double those available if you use one of the taxi apps.

The best way to get around Bogota is either TransMilenio (Local Bus) or taxi. Whilst the city is huge, walking is ideal if you plan to just explore neighbourhoods for the day.

Chapinero is the LGBTQ neighbourhood of Bogota which is an affluent area of the city, around 30 minutes taxi ride north of the downtown touristic “Candelaria” area. There are more than 100 gay bars, cafes, clubs, saunas and shops in Chapinero.

It would therefore be recommended to stay in Chapinero neighbourhood and travel to Candelaria to visit the touristic area daily so you do not need to travel between Chapinero and Candelaria at night.

Bogota is well-known for its world-class museums, beautiful designer hotels, and innovative food scene. However, for many after the sun goes down, the hot and energetic nightlife scene comes alive.

Bogota is a big city and there are plenty of places to visit, but as you may not have enough time to visit everything, so we have prepared our favourites.

La Candelaria is the historic neighbourhood of the city, located a few minutes’ walk from Bolivar Plaza. the Botero Museum, Gabriel Garcia Marquez Cultural Centre and other important museums and landmarks. La Candelaria once home to Spanish colonizers and their criollo descendants it is now known as the bohemian sector of Bogota with artist shops, off-the-beaten-path cafes and artisan shops, museums and libraries.

El Cerro Monserrate (Monserrate Peak) is the mountain top iconic symbol of the Bogota and offers, the best view of the city's landscape. To get to Monserrate, you can take a cable car that will quickly transport you to the mountain top. Once at the mountain top, you can visit the church, relax at a café to have a hot chocolate and a delicious Tamal, buy some handicrafts at the small market, or simply take in the amazing view of Bogota.

Paloquemao Market is one of the most traditional and oldest markets in Bogotá. Within Paloquemao, you can find everything from huge selection of diverse fruits and indigenous vegetables to fresh flowers and freshly cut meats and an excellent place to see and experience the incredible flavours of Bogota and Colombia.

In Bogota there are several flea markets. The two main markets are the San Alejo in Las Aguas and the Usaquen Market. You can find many handicraft markets offering an extensive collection of original and unusual objects. These eclectic spaces where entrepreneurs, artisans and vendors exhibit their products, are great places to spend the weekend. There is always something for everyone with street artists and cafes selling typical snacks. These flea markets are usually on Sundays.

Simon Bolivar Park Botanic Garden is slightly bigger than New York's Central Park. It is a nice spot with lakes, bike paths, walkways and a public library. West of the park is the Botanical Garden Jose Celestino Mutis.

Bogota boasts some of the best cafes & restaurants with the most creative chefs in the country.

In Bogota there are restaurants with typical, international and specialized food scattered around the city. The main international restaurant sectors are La Candelaria, La Macarena, Usaquen and Zona G.

Some of the most typical local foods to try are as follows:

Ajiaco is a dish with a cultural reference to the cundiboyacense highlands. It is a soup prepared with chicken breasts, three different types of potatoes, cob and guascas (a spice), usually added milk cream and capers and accompanied by avocado slices.

Fritanga bogotana is a group of fried foods typical of the region. A plentiful chop with pork ribs, beef, chicharrón, usually accompanied by ají, chimichurri and guacamole.

The Colombian tamale is a corn dough paste with meat or chicken, chickpeas, carrots, and seasonings, wrapped in banana leaves and steamed.

Of course, no one can leave Bogota without tasting the ubiquitous "tinto" (100% Colombian coffee).

Aside from all the bars and restaurants, Bogota has some nice gay cafes that offer up both food and drinks in the Chapinero neighbourhood.

With all the night parties, diverse neighbourhoods to explore, and a booming gastronomical scene, Bogota is top of the list for any LGBTQ travellers visiting Colombia!

Anyone who knows anything about Latin America knows they love to party and Bogota leads with its nightlife. The Chapinero neighbourhood is the epicentre of Bogota’s LGBTQ scene. There are too many to mention all but several of most popular are listed below

Theatron de Película is possibly the biggest gay nightclub in the world! Theatron is and old theatre converted into a mega-complex with up to 8,000 gays packed in every Saturday into 13 rooms across five levels. Different music in the different rooms and a nice outdoor space to escape to. Between 10pm – 2am on some nights selected drinks are free as included in entrance fee. This is a gay club you should try to visit in Bogota to experience.

Cavu Bar is famous for their Wednesday parties, great DJs, drag shows, and no cover charge until 9pm and happy hour until 10pm.

Disco Jaguar is a small popular gay spot in Bogota with one electronic room playing traditional Latino\gay anthems. It has a very kitsch disco-fever atmosphere.

La Moza is the sister venue of El Mozo and host the best Bogota lesbian nights.

Estacion Cafe is a small and relaxed gay bar\cafe to meet for pre-party cocktails located right in the middle of everything in Chapinero.

El Perro Y La Calandria popular on Wednesdays for their live drag show or Thursday for Karaoke. A few blocks from Theatron, therefore a popular place to meet before moving on the Theatron on Saturdays.

Unlike most other countries saunas in Bogota are still very popular. Be aware that prostitution is legal in Colombia but only in designated tolerance zones. Rent boys are common in saunas in Colombia.

Babylon Bogota is possibly the most popular sauna in Bogota in a central location near the university. Two floors offering massages, sauna, deluxe stream rooms with views to the lounge, and a dark room.

Dark Club Bogota is an infamous sex-club where anything goes. With cages, slings, and private parties where by paying a bit extra will get you whatever you like.

Dagoas Spa is a 24/7 sauna in a gay hostel that has a large Jacuzzi/pool with a pretty fountain, a Turkish bath, sauna, showers, a small bar, and masseur services.

El Mediterraneo is an older sauna in a historic building with a spa, wet sauna, bar, individual cabins, and massages. There is free entry on Monday, Tuesday, and Thursday and nudist shows twice during the week.

Banos Turcos Ulises is a mature sauna hosting Bear Days on Wednesdays. A small sauna with dry and steam rooms, showers, and a TV room.

Bano Turco Saint Moritz is one of the biggest saunas in Bogota, with two floors, Turkish Bath, Dry Sauna, Dark Room, Private Cabins, Bar, and Massage. It has been operating for over 20 years and still one of the most popular gay saunas in Colombia.

It almost seems as if there are more shops than people in Bogotá. The main shopping areas are in Usaquén, La Zona Rosa, Carrera 15, Avenida de Chile, Carrera 13, Calle 53, and the Chapinero neighbourhood.

Bogota has a fantastic Pride event and several others popular with LGBTQ visitors.

Bogota's gay pride festival and parade take place every June. The annual march starts at Parque Nacional and makes its way down Carrera Séptima before arriving at Plaza de Bolívar. There are many parties at the gay clubs of Chapinero during the pride event, making this a fun time to visit Bogota!