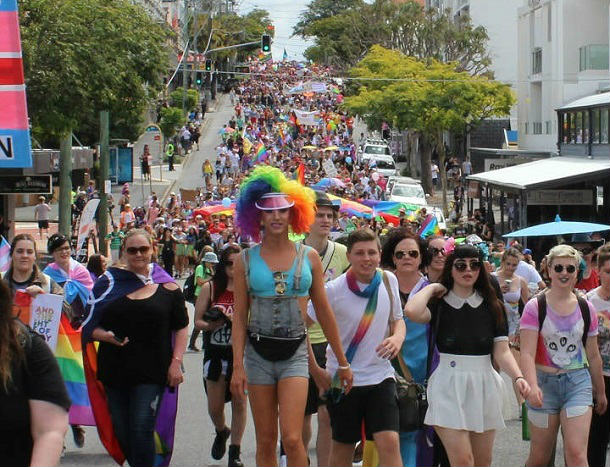 The Metropolitan capital of Queensland on the Brisbane River.

Like the Gold Coast, Brisbane is a city constructed around a snaking canal-like river capturing the spirit of a seaside town and innovative tropical metropolis.

Today in this modern Brisbane, you can enjoy modern architecture, designer shopping, arts events, trendy nightlife, multi-cultural gastronomy, and some of Australia’s best cafés. In addition to the city the is a plethora of natural attractions nearby including rainforests, bushland, hidden waterfalls and a rugged coastline with picturesque beaches.

Aboriginal Australians lived in the coastal South East Queensland (SEQ) for at least 22,000 years with the river been an integral part of the development of the city supplying an abundance of food included fish, shellfish, crab, and prawns. Good fishing places attracted these aboriginal people and others to form settlement. These settlements along the side of the expanded to became the basis for the city of Brisbane to develop.

Although the city's history dates back to 1824, Brisbane rose to the world stage after hosting the Commonwealth Games in 1982 and World Expo in 1988. A diverse city with over 32% of its metropolitan population being foreign-born. Today the multicultural Queensland capital is a popular tourism destination attracts by the many tourist attractions and lively events.

79.51% of Brisbane voted yes to legalising same-sex marriage in Australia, the highest rate for any city other than Sydney and Melbourne. This does give you an indication of just how gay-friendly Brisbane is.

It is also good to note that in Brisbane, like all of Australia, discrimination on the basis of sexual orientation, gender identity or expression is strictly prohibited.

Visitors to Brisbane are able to travel across the city with a cashless ticket called a Go Card used to touch in and out of the city’s buses, trains, CityCats and ferry services. A Go Card can be bought at stations, shopping malls and other selected retailers.

Airtrain is the fast and economical way to travel in 20 minutes you will travel directly from Brisbane Airport to the heart of Brisbane’s CBD. Your ticket is valid for travel to and from all stations between the Brisbane Airport and South Brisbane

The best locations for LGBTQ travellers to stay is either the CBD or close to the Fortitude Valley nightlife area that is home to Brisbane gay scene by night.

River cruises are the best way to sightsee the city. Hop aboard a cruise for an overview and then explore the remainder of the city on foot. River City Cruises run some of the most popular tours. They range from 90-minute morning or afternoon cruises to sunset cruises and longer excursions. A popular choice is the 3.5-hour Cruise with to lunch.

As an alternative to river cruise, you can take a ride aboard a CityCat. The fleet of CityCats and City Ferries offer 24 hop-on, hop-off terminals with a range of different cruises.

Ever wanted to cuddle a koala? At Lone Pine Koala Sanctuary, you can tick this lifelong ambition off your dream list.

You can also see more than 70 species of other lovable Aussie animals. Hand-feed kangaroos and see wallabies, wombats, dingoes, snakes, and even crocodiles also live in this compact sanctuary nestled on the Brisbane River. Keepers talks and provide interactive demonstrations to keep animal lovers engaged. This is one of the top attractions for visitors to Brisbane. In addition to the ultimate cuddling a koala photograph you will get opportunity to take home souvenir photos of you with other animals.

Visit the Museums & Galleries in the Cultural Centre on the banks of the Brisbane River. Here, you'll find an impressive collection of museums, galleries, and other venues.

Wondering where are all the queens in Queensland are? In Gay Brisbane of course!

The Brisbane nightlife scene for a city of its size which isn’t particularly well-known internationally, Brisbane has some unexpectedly good options for nightlife that promise plenty of fun and something for everyone with a range of mixed venues, LGBTQ events and one of the best gay dance clubs in the world.

Brisbane is anything but boring with a steady stream of theme nights, drag performances, leather, fetish events and more to keep you on your toes.

The majority of LGBTQ venues are located in the CBD area and Fortitude Valley, which is filled with bustling bars, restaurants and nightclubs.

The Beat MegaClub is Brisbane’s biggest and best gay nightclub open since 1983, with five club rooms, seven bars and six beer gardens. Open 365 days a year you can party every night of the year with live entertainment every night, performances by drag queens and DJ’s all night long in the heart of the famous Fortitude Valley.

The Wickham a heritage-listed hotel bar which is now a LGBTQ friendly stylish business providing a place where people of all identities can meet, drink, party, and eat. A modern, inner-city pub in Fortitude Valley that is truly reflective of the community in which it’s located.

The Sportsman Hotel is one of the best gay meeting places in Brisbane, this bar, bistro, and hotel has been affectionately known to regular patrons as “Sporties” for over 30 years. Gay owned and operated, pop in to enjoy the club bar 7 days a week or the Nellies bunker bar on the pumping weekends. There is also a more relaxed restaurant open nightly and on-site basic accommodation if you want to stay gay.

Club 29 is Brisbane’s only gay cruise club open every day from midday until the early am. 29 is a non-judgmental environment where any guys come to cruise other guys. It is a safe sex venue committed to the educated celebration of male-to-male sexuality with a range of events and play spaces attracting over 2,500 guys a month.

Gay sauna culture is not very prevalent here and in no way as popular or as high-quality as you might find in international destinations.

Wet Spa & Sauna is Brisbane’s only gay men’s spa and sauna. Located in Bowen Hills for over 15 years close to several gay clubs. Housing the only gay swimming pool in Brisbane, Wet has a fully tiled steam room, cedar sauna or ozone spa. There is also a private video lounge, maze area and private rooms. Upstairs is a chill out in the lounge area, with café with free high-speed internet access. Open 7 days a week from 11 am to between 10 pm and 2 am at weekends.

Brisbane Pride Festival is an annual celebration of love, diversity, and inclusion. A community event for all LGBTIQ+ persons and their allies. Australia’s third-largest LGBTIQA+ event in September.

Big Gay Day is one of Australia’s most popular queer festivals held annually in March. A single day festival of carnival acts, exclusive performances, booths, fun, and over 50,000+ attendees with a mega-main stage with local, national and international acts that draw large crowds.