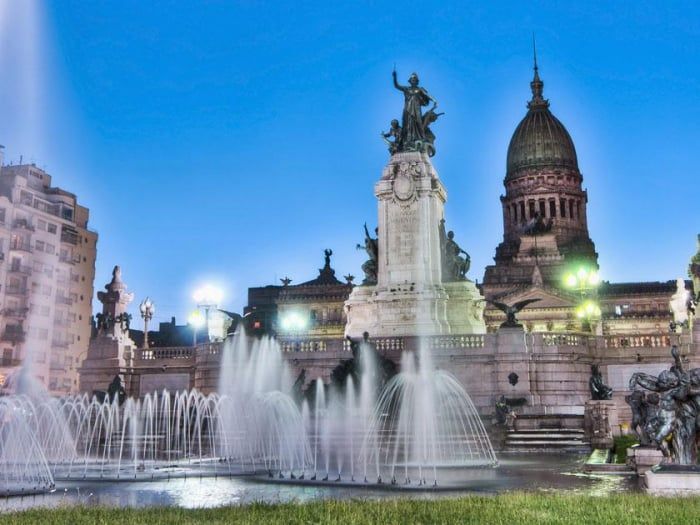 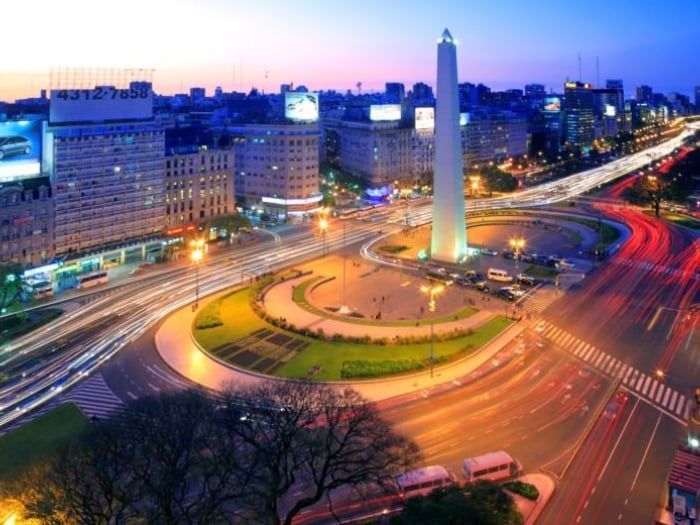 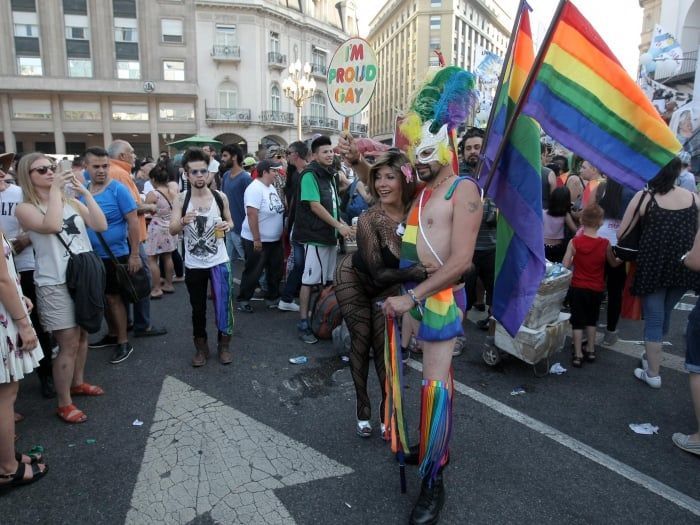 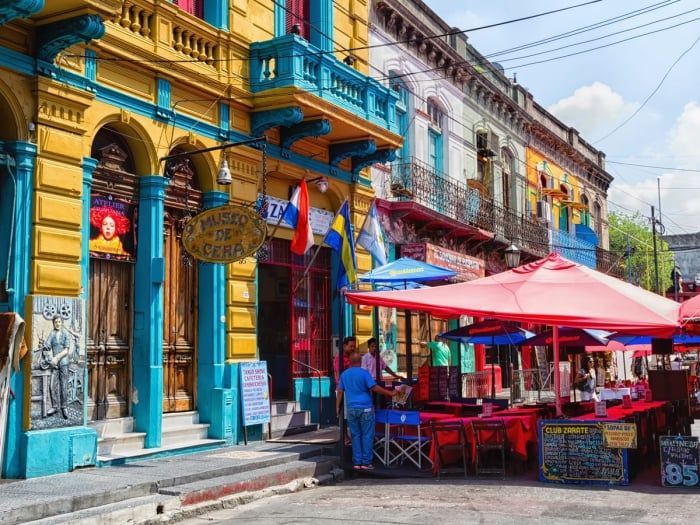 A city considered to be the most European styled city in Latin America.

Buenos Aires can be translated as "fair winds" or "good airs", but the former was the meaning intended by the founders in the 16th century, by the use of the original name "Real de Nuestra Señora Santa María del Buen Ayre".

Buenos Aires is the capital of Argentina and known for its preserved Spanish/European-style architecture. Many refer to the city as the most European city in Latin America.

The city and suburbs have a population close to 17 million but due to the economic situation in the country those Argentinians that have the opportunity to move to another country have done so. High inflation, weak currency and resulting high cost of living has changed the city.

Buenos Aires is a multicultural city with multiple ethnic and religious groups. Several languages are spoken in the city in Spanish, contributing to its culture. The city attracted millions of immigrants from all over the world hence be considered one of the most diverse cities of the Americas.

The local name for Argentinians born in Buenos Aires is Porteos.

In 2004 Buenos Aires became the first city in Latin America to legalize civil unions, and a steady sexual liberalization has allowed not only locals but also gay visitors to enjoy all the city has to offer without fear.BA is divided into 48 barrios which are districts. Several of these barrios are considered to be gay friendly areas of the city.

In all of these barrios you will find many guys sporting skin-tight T-shirts, designer jeans and trendy haircuts. Don't be confused as native Argentine culture means guys maintain a complicated relationship between outward appearance and inner machismo. The Buenos Aires social scene allows the normal gay/straight conventions with guys being Latin at heart and European in spirit.

Buenos Aires is a very walkable city and the majority of residents in Buenos Aires use public transport. Buses, trams, taxis, underground etc are all ways to navigate your way round easily and cheaply.

Generally walking or using local public transport is easy to get around the city. Just make sure you have a city map to know where you want to get to ask for advice or how to get to each neighbourhood.

The Ministro Pistarini International Airport which is commonly known as Ezeiza Airport, is located in the suburb of Ezeiza approximately 22 km south of the city. This airport handles most international air traffic to and from Argentina as well as some domestic flights.

The EZEIZA International airport is about 45 minutes- 1.5 hours away from the city proper and referred to as Capital Federal.

The most comfortable way to get from the airport is by taxi. You can either request a taxi in advance or pick up one at the airport. The general cost is typically $35 to $40 but check in advance with driver the fare and agree a price in peso or dollars before you start the trip so you are comfortable with price you will be paying when you arrive at your accommodation.

There are private shuttles which are convenient, relatively quick and cost much less than a taxi. These are not door to door service but take you into centre and you take a taxi from there to your final destination.

Taking a bus from the airport is the cheapest option but least comfortable and you might not get a seat so will need to stand the whole journey. The bus ride generally takes about 2 hours and there are around 8 bus stops with the main being Plaza de Mayo and Plaza Congreso.

Buenos Aires is a city with some exclusively gay or hetero friendly bed and breakfast, guest houses and hotels as well as number of very gay friendly places to stay. It is a city that has many conventions and corporate events so it is always wise to book your accommodation in advance to guarantee availability and choice.

There are several LGBT events throughout the year and for many weekends year-round book in advance to get the best choice of places to stay and to be able to stay in the exclusively gay accommodation.

Palermo and San Telmo are the two areas of the city where you will find the exclusively gay accommodation but all accommodation bookable on this site are gay friendly and will welcome you.

The most popular tourist sites are found in the historic core of the city, in the Montserrat and San Telmo neighbourhoods.

Buenos Aires was conceived around the Plaza de Mayo which is considered the city centre. Many of the principal tourist attractions are within walking distance of this square.

Casa Rosada to the east of Plaza de Mayo is the official seat of the government of Argentina.

Catedral Metropolitana to the north of Plaza de Mayo.

Congreso de la Nación (National Congress) is to the south of the square and currently houses the Academia Nacional de la Historia (National Academy of History).

Buenos Aires is known for its nightlife scene which is very busy at weekends when more tourists are in town.

The most iconic and well know places to go out are in Palermo, Recoleta, Villa Crespo and San Telmo barrios.

Amerika is a mega-disco and most popular gay club in Argentina. Expect to queue with a crowd of mainly gay men but with some lesbians, transsexuals and even some straight boys. The music varies from dance floor to dance floor. Address 1040 Gascon.

Sitges is one of the most popular gay bars in town. It's big, fun, drag shows, dancing and lots of men mingling. It is best to arrive around midnight in for the drag show as stay open until five or six am. Address 4116 Cordoba.

Flux Bar is a laid back and sophisticated bar serving beer and cocktails. It is the only 7 nights a week bar in the city. Address 980 Marcelo T. de Alvear.

Glam is a popular dance club open late from Thursday to Sundays. The dance floor is small but they have large lounge areas and an outdoor patio. Address José Antonio Cabrera 3046.

Depending on where you are staying in Buenos Aires the city is full of cafes and restaurants. The choice of different types of food is great and if you like meat then you’re in paradise to enjoy the Argentinian steak.

Just find somewhere to eat with your eyes to see what sort of food is being served and if the customers are cute.

Zoom is a sex club with glory holes and a lounge bar in the front in the Recoleta area. Address Pres. Jose E. Uriburu 1018.

Madison Club de Hombres is a gay sauna with Jacuzzi in the Palermo area. Address Medrano 1047.

In the Palermo area of the city there are many boutiques and shops selling fashionable and trendy clothing and accessories for the gay community.

Buenos Aires hosts its biggest celebration of diversity in November, with a week of LGBT festivities and the annual pride parade typically on the first Saturday of November.

Events will take place at various venues, culminating in the parade that runs every year along Avenida de Mayo, from the Casa Rosada, or "pink house" - the headquarters of the Argentine national government in Plaza de Mayo - to the National Congress building.