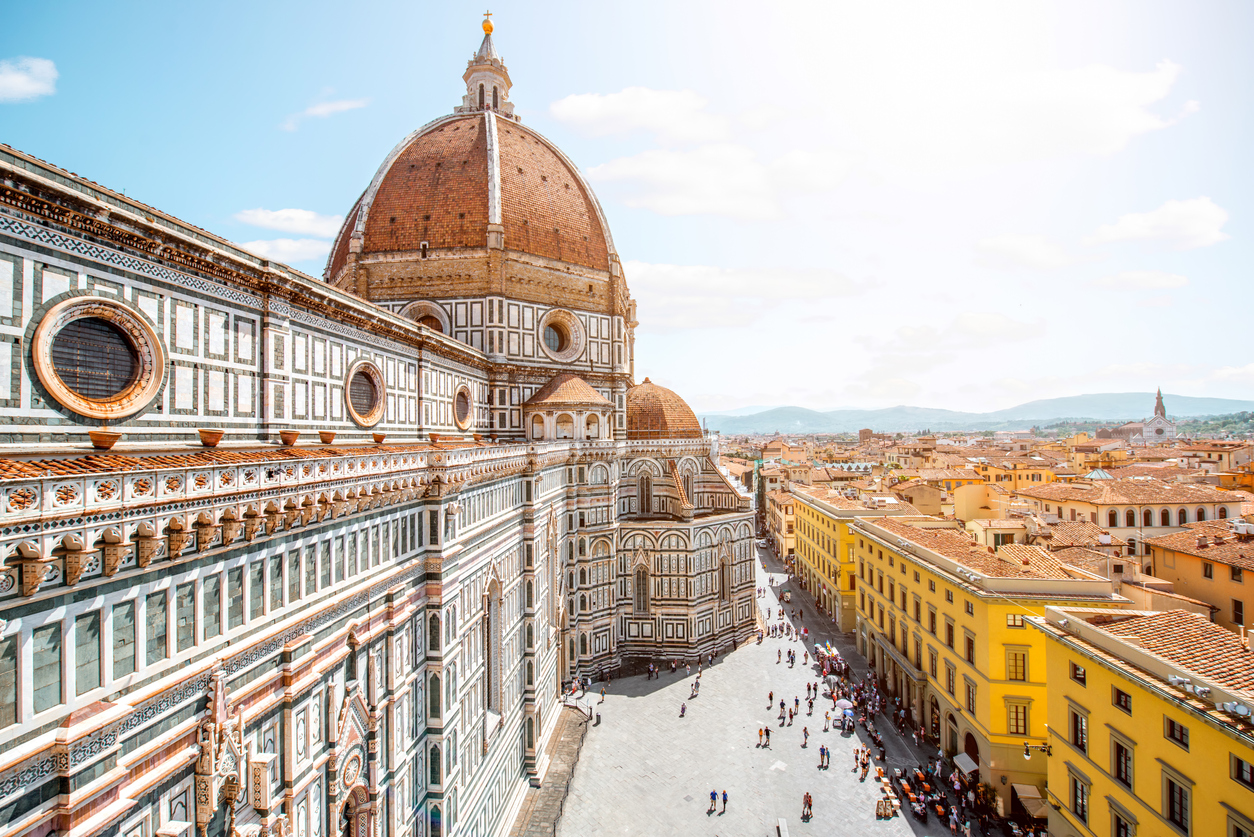 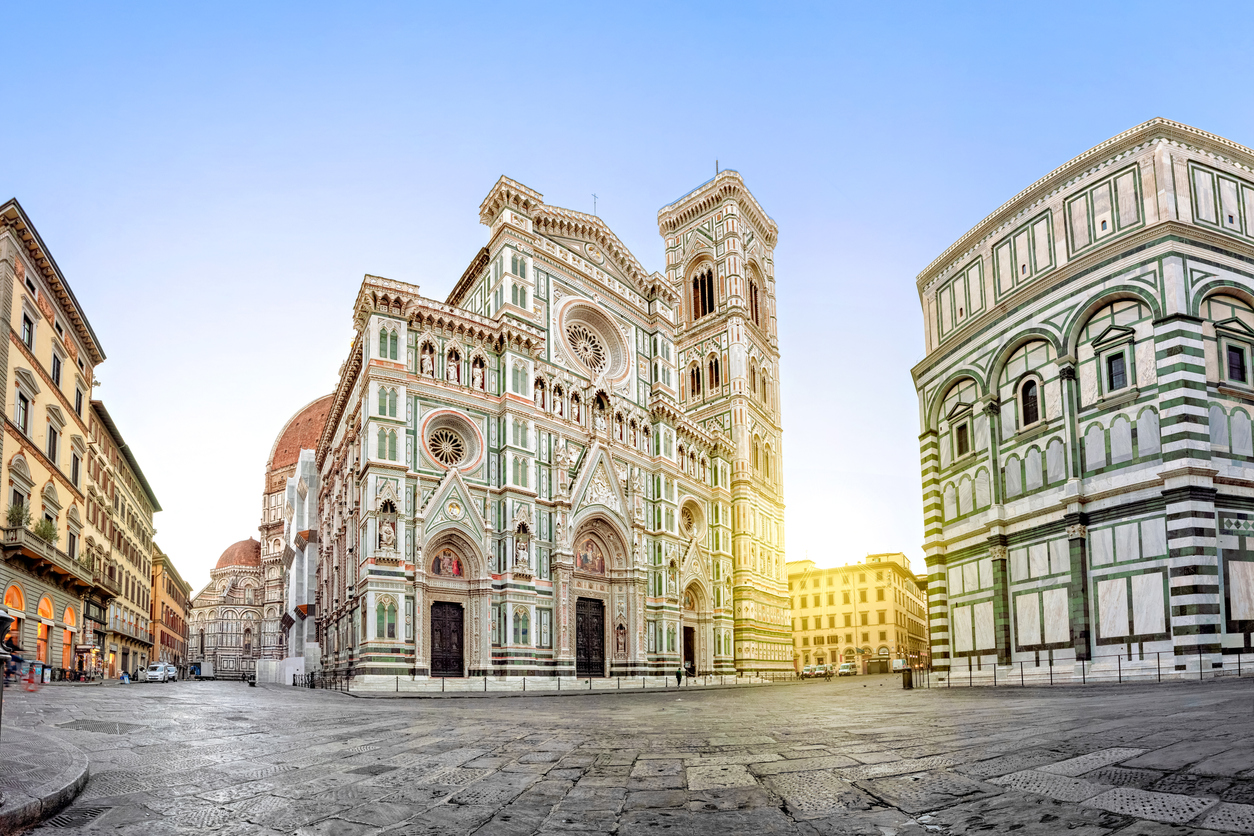 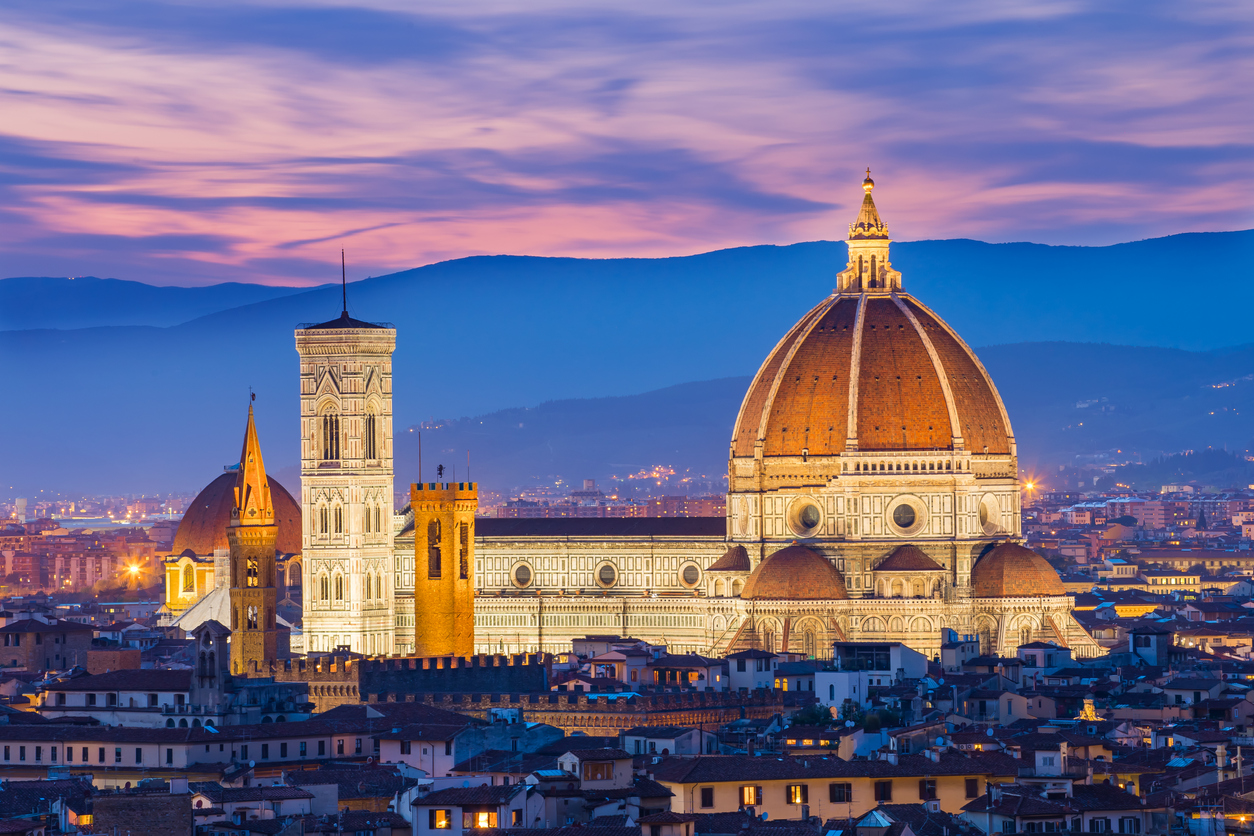 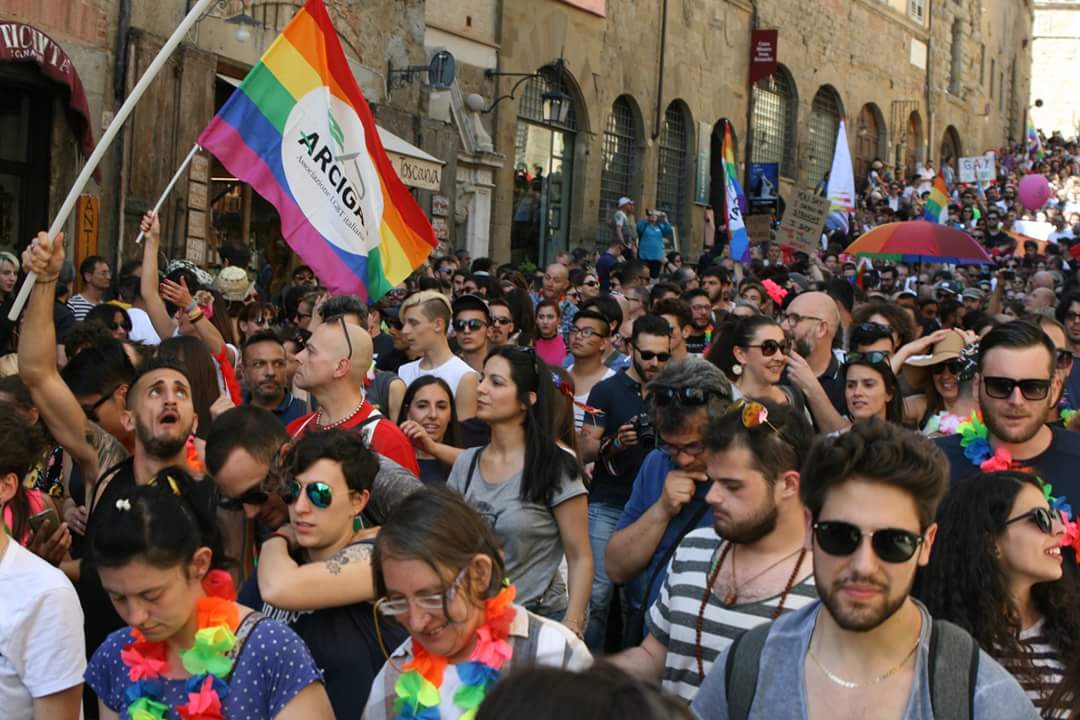 Florence a centre of medieval trade & finance and long ruled by the Medici family. The birthplace of the Italian Renaissance and artist Botticelli, Michelangelo and Leonardo da Vinci.

The city attracts millions of tourists each year with UNESCO declaring the Historic Centre of Florence as a World Heritage Site in 1982.

Florence plays an important role in Italian fashion industry along with Milan and is ranked in the top 15 fashion capitals of the world.

Although Florence had the first gay disco in Italy in 1974, the gay bars and clubs in Florence are rather small in number and size. Italy’s attitude towards LGBTQ people due the Vatican and not recognizing same sex marriage does not mean the country is generally open minded.

The best way to get around Florence is by foot. In fact, you can walk from one end of the city to the other in about 30 minutes, passing many recognizable sites along the way.

The Florence Airport, Peretola, is one of two main airports in the Tuscany region though it is not widely used by many airlines. The other airport in the Tuscany region is the Galileo Galilei International Airport in Pisa. Since 2019 there is a shuttle tram that runs from the airport to the centre of Firenze. This tram runs from the airport to centre close to central station running every five to ten minutes most of the day.

There is a bus company called Volainbus that runs a direct route between Florence airport and the city centre which takes about 25-30 minutes depending on the traffic. The bus stops at Santa Maria Novella train station operating from 5.30 am in the morning to around midnight. The frequency is around every 30 mins until 9.30 pm, after which it comes every hour.

The taxi’s that operate from the airport have a fixed rate for the journey and Uber charges a rate that matches the same price.

Duomo is a neighbourhood in the centre of Florence where first-timers can see the city’s main attractions and experience the local vibe.

Santa Croce is the place to be at night when the bars fill up and young people get ready to party.

Ponte Vecchio is considered to be one of the most cherished features of Florence. It was one of the first bridges built in the city and is believed to have stood since (at least) 966 AD.

Michelangelo’s David statue is one of the most famous in world. The statue itself is very impressive and everybody want a selfie picture with statue in background.

The Duomo, part of the wider Florence Cathedral, is easily one of the most defining features of the Florence skyline. If you want to climb to the top be prepared for the 463 steps to reach the top.

Palazzo Vecchio is Florence town hall and beautiful from the outside and overlooks the bustling Piazza della Signoria. Built in 1299, it has played host to the city’s leaders for centuries.

Leonardo Da Vinci Museum is devoted to one of Italy’s greatest artists and thinkers so not be missed.

The city of Florence is quite small and in Santa Croce area, you have bars like Queer, which is the possibly the most popular LGBTQ hangout spot. Around 5 minutes away you will find Piccolo Café and Crisco club around 10 minutes away. If you want to hang out with locals, then go dancing clubs and events as the bars tend to be full of tourists.

Piccolo Cafe is a small but popular bar that has been around a while. The decoration has throwback vibes and funky pink lighting. It has a buzzy atmosphere and a DJ at weekends. They have a good selection of cocktails, beer, and wine. When it gets very busy then people spill out on to the street and some of the locals call the location as “Florences gay street.”

Queer is a relatively new gay bar with American styling, cocktails expertly crafted and pop/house music. A stylish place with sophistication and charm of Italy. Sample the cheap drink specials and laid-back vibe. Friendly cute bar staff add to the ambience of the bar. Open on Monday to Saturday from 6pm until around 2.30am.

Tenax is a club attracting a queer and LGBTQ friendly crowd ONLY open on Friday nights from 11pm to 4am. For over two decades, gays, straights, and others have gathered at Tenax to dance the night away. Popular DJs frequently make appearances, making Tenax a good go-to place for a night of partying in Florence. If you like to show your dance skills on the dance floor under strobe lighting and sea of flashing colours your will love the atmosphere.

Crisco Club is Florence’s most popular late night gay cruising bar located in central Florence. The bar tends to get busy after midnight. It is mostly a men’s only space where guys can chill out and let it all hang out. Themed nights with everything from underwear parties to nude soirees. Women are admitted on certain nights but are only allowed in certain areas. Crisco Club is open Monday to Saturday from 10pm, until 3.30am on weeknights and until 6am on weekends.

Fabrik is the super exclusive and fabulous gay club of Florence outside of the city. Hop on the Firenze-Prato line to Calenzano station. It's housed in industrial-style building, with over 600 square meters of bars, video rooms, private booths, and a cruising area. At the back there is a large wide-open space with a heated gazebo where dozens of guys hang out drinking and chatting. Fabrik is open Wednesday to Saturday from 10pm until around 3am or slightly later at weekend or during summer.

The Tuscan food is delicious but try and find restaurants popular with locals than tourist to experience more authentic Tuscan cuisine and lower prices.

There is one gay sauna called Florence Baths with mixed reviews so take a look at the social media account or website of sauna before decided if to visit.

Florence which is important part of the Italian fashion industry as hall the high-end fashion brands and many smaller designer boutique shops if you are looking to update your wardrobe or just some fashionable accessories.

Toscana Pride and Florence Queer Festival are the two main events related to the city. Toscana Pride held annually in June and events held in Tuscany’s six cities: Arezzo, Florence, Livorno, Pisa, Pistoia, and Sienna. The events are held to make politician statements about equality and the unequal LGBTQ rights in the country.

The Florence Queer Festival held annually in mid to late September is the most important LGBTQ dates in Florence. The festival organized by the IREOS association of Florence there are movie screenings, theatrical performances and photography exhibitions.