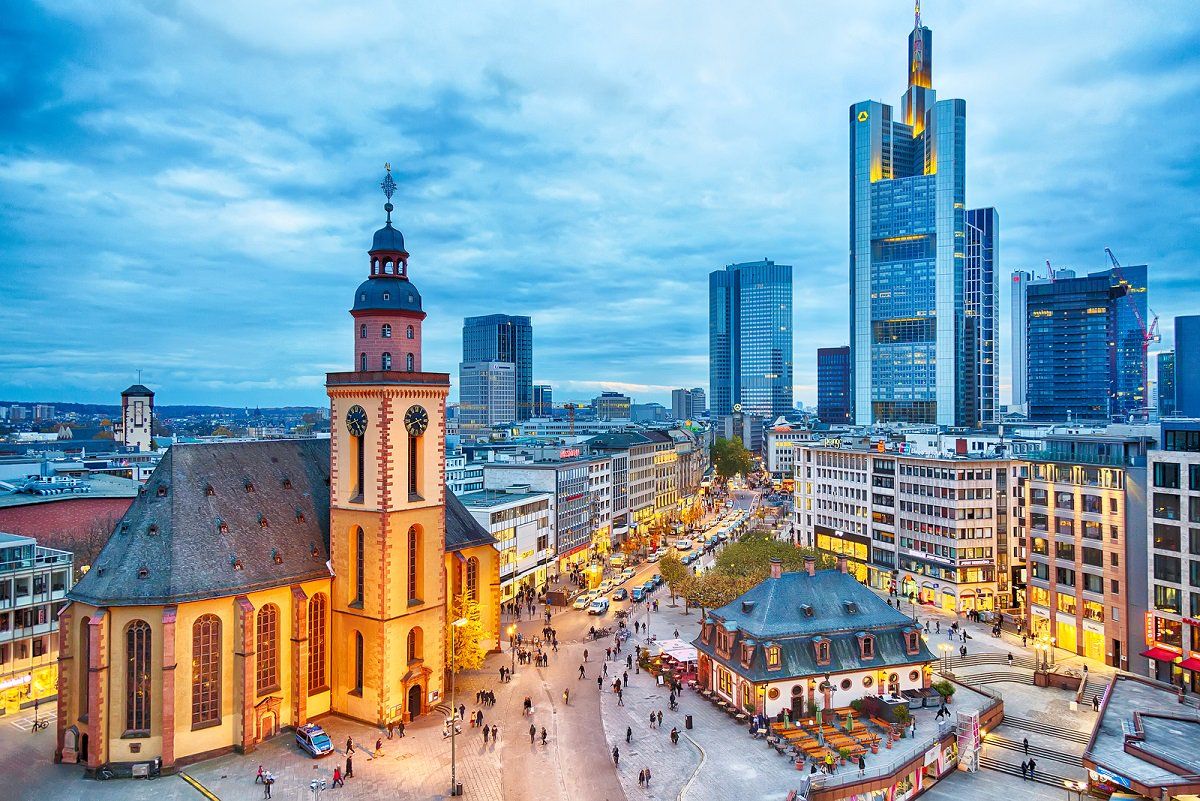 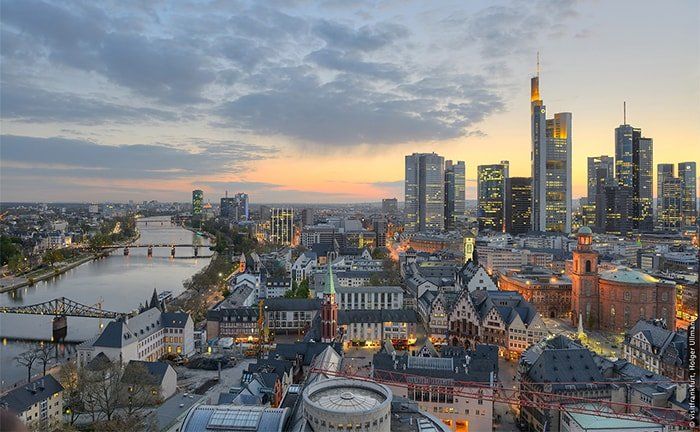 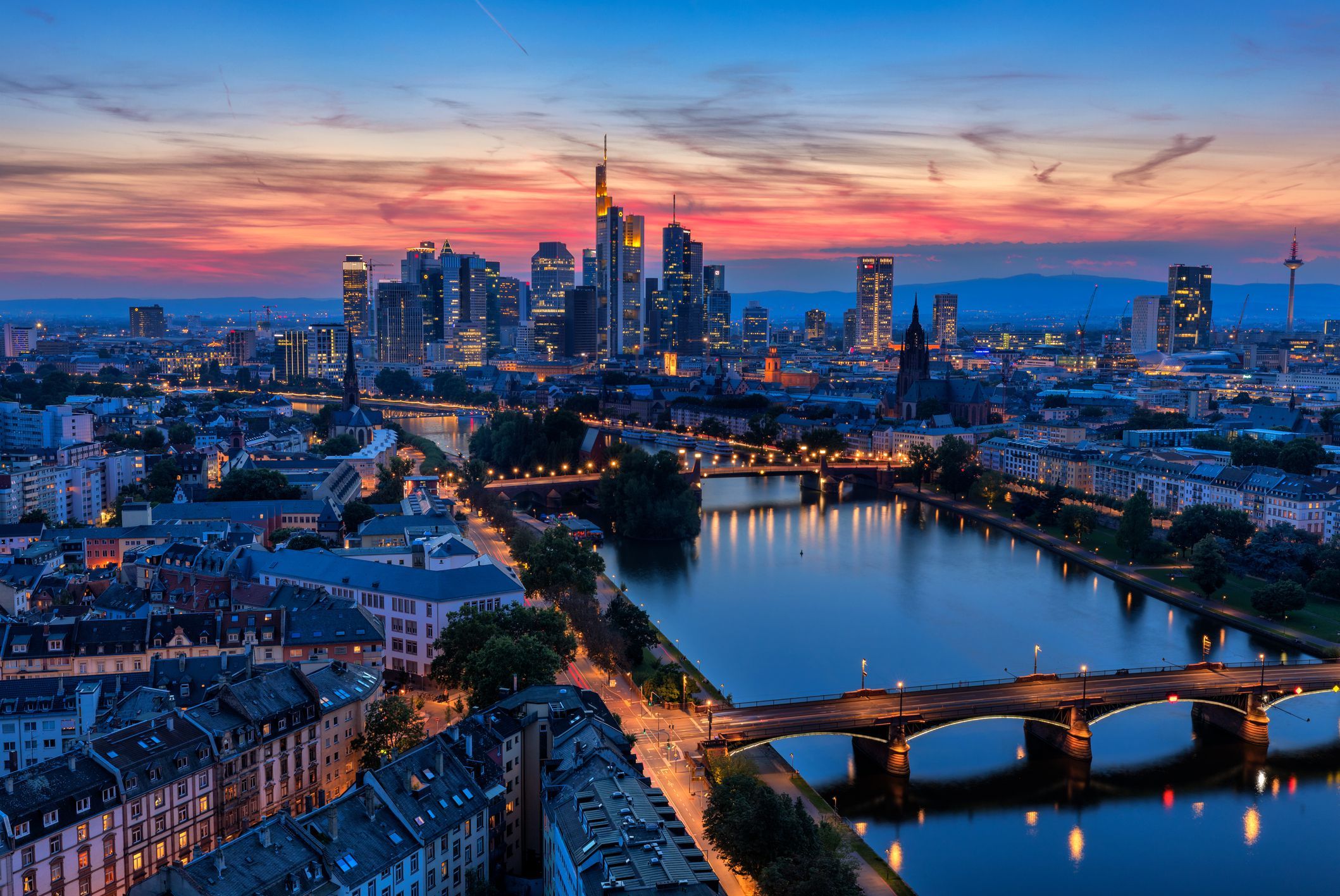 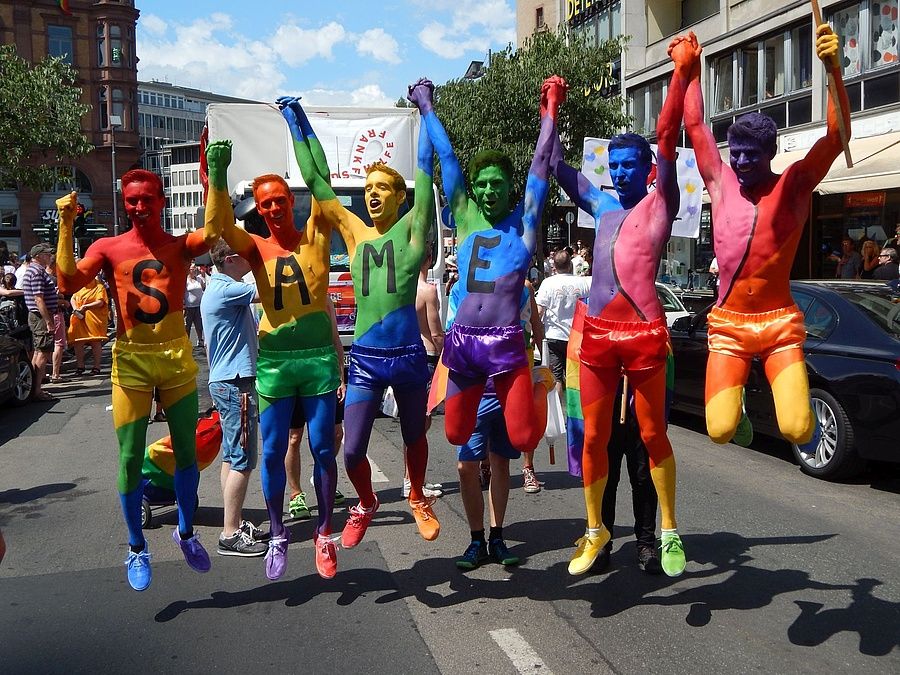 Frankfurt is unlike other German cities with glinting glass skyscrapers – rather than a historic city in central Europe.

Frankfurt has become a great metropolis due to its financial centre. Frankfurt-on-the-Main (pronounced ‘mine’) is a high-powered, fast-paced finance centre housing one of the world’s largest stock exchanges, Germany’s busiest airport and the polished headquarters of the European Central Bank.

Frankfurt was often referred to with the nickname "Bankfurt." But in recent years, Germany's fifth largest city has charged its cultural and shopping bring in more tourists.

Hidden between the towering buildings of Frankfurt, you will still find a picturesque Altstadt (Old Town), with its old-fashioned cider taverns and trendy shops.

Germany has progressive LGBTQ laws with same sex marriage and adoption have been legal since 2017. Discrimination on the basis of sexual orientation or gender is illegal.

The LGBTQ Frankfurt scene is admittedly smaller than Berlin or Cologne but has an area called the Bermuda Triangle gayborhood.

The city's gay scene is around the Alte Gasse street in the city centre (Innenstadt), close to Konstablerwache station and the popular Zeil shopping street. Most of the gay bars and clubs are within walking distance of each other.

Public transportation allows visitors to easily travel all over the city. The transport options are U-Bahn (subways), S-Bahn (commuter trains), trams, and buses that are well-organized, safe, and generally punctual.

All day ticket (Tageskarte) tickets are cheapest option and costs just a little more than two single journeys at peak times. These are not valid for travel to airport.

Night buses operate between 1 am. and 4 am and a reduced service on some of the U-Bahns and S-Bahns routes.

Frankfurt Airport to the city centre is about 15 km and take around 15 minutes by train. You should take the S-Bahn S8 or S9 electric trains that run every 10-15 minutes during peak time.

The best places to stay in Frankfurt is in city centre in the Innenstadt area which is close the LGBTQ nightlife.

Frankfurt is sometimes called the "City of Museums" with the city teeming with them;

Shoppers love the city too, with its several shopping streets highlighted by the famous pedestrianized Zeil.

Hidden amongst the towering buildings of Frankfurt, you will still find the picturesque German Altstadt (Old Town), with old-fashioned beer taverns and shops. This area of the city offers a historical mixed with modernity.

For LGBTQ visitors to Frankfurt the city offers a convenient, with the so-called "Bermuda Triangle" (bordered by Konstablerwache, Bleichstrasse and Eschenheimer Turm) located right at the heart of town.

LGBTQ travellers will find a welcoming, open-minded city with a large student population. Like most cities,

Birmingham Pub is a British style gay pubs remain popular having been faithfully serving the local gay community for over 30 years. Open every night until 6 am and popular spot to drop in for dinner in the evening.

Comeback is a male only gay cruise bar with a busy darkroom and sleazy vibes. You’ll either love or hate it and has been known that rent boys often hang out here looking for tourist customers.

Zum Schwejk which has been open for 35 years is possibly considered the gayest nightlife venue in Frankfurt. A popular venue with queer friendly down to earth vibe that can be crowded.

Stall is a fetish men-only bar in a rustic cellar. With regular themed nights and facilities that include a darkroom and cages. The crowd is diverse, mixed body types and has no dress code so you go as you like.

Lucky’s which is one of the oldest gay bars in Frankfurt. A lounge-style bar that is the perfect place to relax or meet new friends offering coffee and cake in the afternoon or cocktails and beer later at night.

Lemon Café & Bar is a LGBTI-friendly popular thanks to one of the staff being a well-known gender queer migrant activist. A great place with good music, delicious coffee, colourful cocktails and a terrace open in the summer.

Bar Central is a popular gay lounge bar with affordable drinks and different music each night typically used for Frankfurt locals to socialize with friends.

Frankfurt’s clubbing happens mostly through gay parties operating weekly or monthly and a few of the bigger ones happen a few times a year. As the club events are spread throughout the year best approach would to look for flyers at bars to know what is happening at local clubs when you are in town.

Frankfurt has its own regional specialties which is Frankfurter Rindswurst served with Hessian Gruene Sosse which is a green unique sauce made from a blend of several herbs and spices. Tastes better than looks.

There is a good choice of restaurants serving international menu or cuisine specific food. Cafes and restaurants generally offer good value for money and opportunity to try some of the local beers to accompany your lunch or dinner.

The majority of the shops are located in the popular Zeil shopping street and Altstadt (Old Town) for smaller boutiques. There are a number of LGBTQ focused around the Alte Gasse street.

Saunawerk is a popular 4 story sauna with a swimming pool complete with waterfall, a whirlpool, aroma steam bath, hammam, traditional Finnish sauna and tepidarium. In addition, there are indoor, outdoor areas, dark cinemas and cabins. Themed nights for bears, nudists, club after-parties and more. Open daily until around 3 am and nonstop at the weekends.

Clubsauna Amsterdam is the oldest gay sauna having been open for over 50 years. It has 3 saunas, whirlpool and popular with a mature clientele and closes around midnight every day even at weekend.

Metropol Sauna is Frankfurt’s largest gay sauna/cruising space open 365 days a year from noon till 7 am the next morning and 24 hours at weekends. There is a dry sauna, bar, cabins, solarium, hot tub and massage services available. There is a DJ on Saturday nights.

Frankfurt’s Christopher Street Day (Gay Pride) held annual in July and the perfect time to and see this city loosens up and comes alive. As with most Pride events around the world the event is a celebration with political demonstration. At the end of the parade on Saturday there is a party in Römerberg main square.