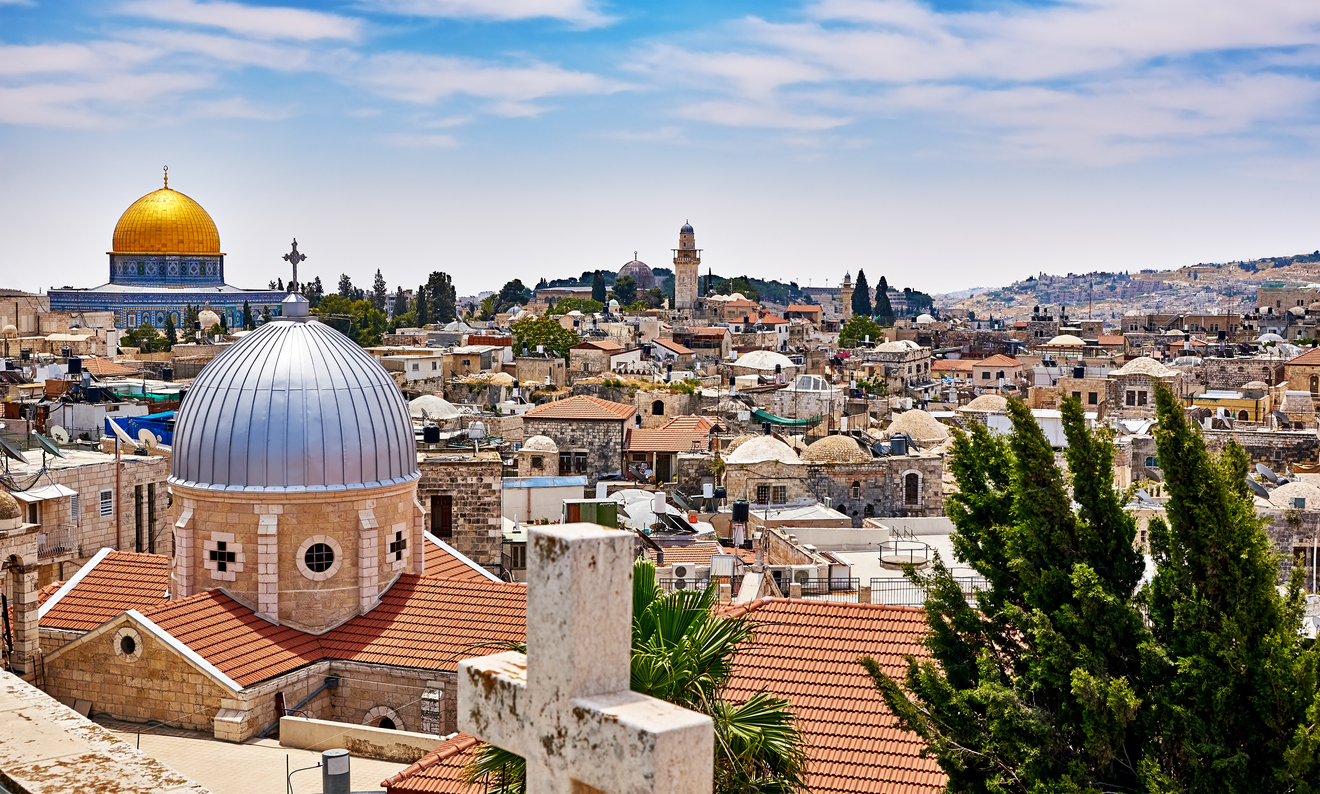 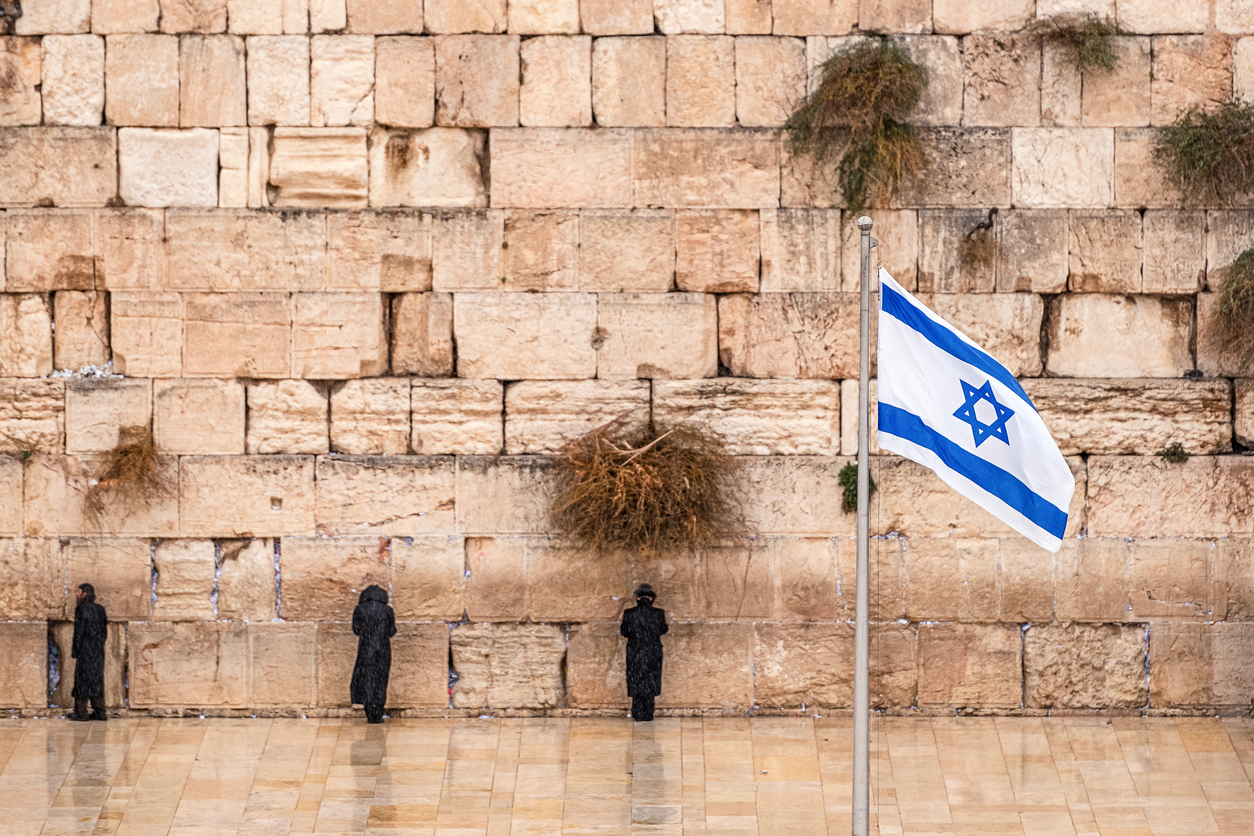 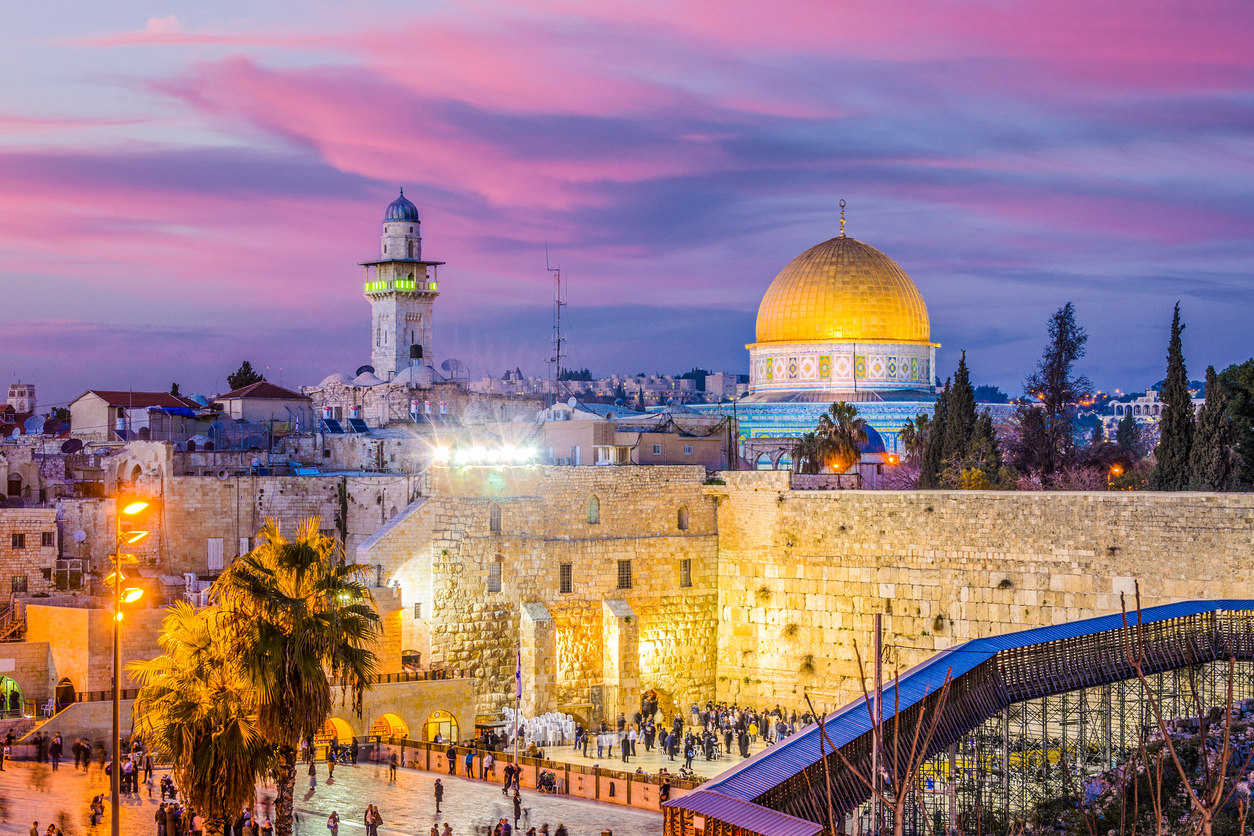 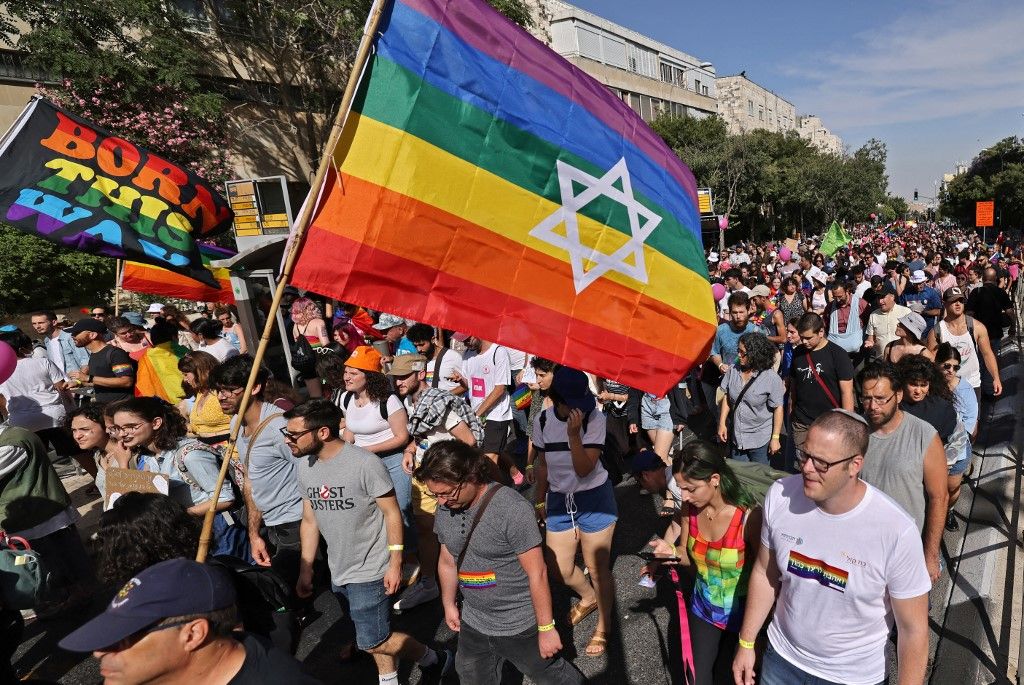 Jerusalem a city considered the holy city for 3 major religions visited by pilgrims from around the world.

Jerusalem is a city in Western Asia situated on a plateau in the Judaean Mountains between the Mediterranean and the Dead Sea. It is one of the oldest cities in the world and considered holy for the three major Abrahamic religions of Christianity, Judaism and Islam.

The city straddles between Israel and the West Bank with both Israelis and Palestinians claiming Jerusalem as their capital and reason for the political conflict.

Israel controls the entire city and is home to its main governmental institutions. The Palestinian National Authority and Palestine Liberation Organization ultimately foresee it as the seat of power for the State of Palestine.

Historically the walls of the Old City have been split into four areas since the 19th century. The Jewish Quarter, Armenian Quarter, Christian Quarter and Muslim Quarter. The Old City became a World Heritage Site in 1981. The inhabitants of the city made up of approximately 61% Jews, 36% Muslim and 3% Christians and other religions.

The city status of Jerusalem remains one of the core issues of the Israeli–Palestinian conflict and its peace process.

Historically Jerusalem's economy was supported almost exclusively by religious pilgrims and tourism with around 75% of tourist that visit Israel also visiting Jerusalem.

Jerusalem is served by highly developed communication infrastructure. The two Jerusalem bus station provide buses to the East and West of Jerusalem where the different Israeli communities live.

The Old City of Jerusalem is the best place to stay so you are minutes away from the most popular sites in the city.

Jerusalem is served by Ben Gurion Airport around 50 km northwest of the city and on the main route to Tel Aviv. The Tel Aviv–Jerusalem railway runs non-stop from Jerusalem–Yitzhak Navon railway station to the airport.

Bear in mind that buses don’t run on Shabbat (Sabbath) between Friday afternoon and Saturday evening. Don’t get caught needed to travel on Shabbat.

The Old City of Jerusalem is the best place to stay if you want to be minutes away from the most popular sites in the city. This is the best area for those with an interest in the cities religious history and culture.

Jerusalem's scope of history is enormous and depending on the religion of the visitor will determine the different attractions to visit.

This is the heart of the Holy Land, where the Jews raised the First Temple to keep the Ark of the Covenant safe, where Jesus was crucified and rose again, and where the Prophet Muhammad ascended to heaven to receive God's word.

For believers, a visit to Jerusalem is a pilgrimage to one of the most sacred sites in the world. The number of religious tourist attractions here can be baffling for first-time visitors, but luckily most of the top sightseeing landmarks and things to do are secreted within the lanes of the compact Old City district.

Western Wall and Jewish Quarter is the surviving retaining wall of Jerusalem's First Temple. This part of the Old City was destroyed during the Israeli-Arab fighting in 1948 and has been extensively rebuilt since 1967.

Jewish Quarter Street (Rehov HaYehudim) is the main lane of the district, and veering off this road onto the surrounding side streets are a cluster of interesting synagogues to visit.

The Church of the Holy Sepulchre is for Christian pilgrims as Jerusalem's holiest site and is said to have been built on the site where Jesus was crucified.

Muslim Quarter is a bustling and alive district, with the best souk shopping in the Old City, is known on most tourist maps as the Muslim Quarter. This district roughly runs from Damascus Gate through the northeast chunk of the Old City.

which has served as both church and mosque throughout its long history.

East Jerusalem is official the Palestinian sector of Jerusalem. The main entrance into the "newer" section of East Jerusalem, outside the old city walls, is through Damascus Gate.

Farther west of the city is the village of Abu Ghosh. This Palestinian village is dominated by a crusader church that has belonged to the Lazarists since 1956. With its four-meter-thick walls, the three-aisled church is fortress-like and is full of crusader character.

Armenian Quarter south from the Citadel, Armenian Patriarchate Road is the main street of what is known as the Old City's Armenian Quarter. Within the narrow lanes here are the Armenian Orthodox Cathedral of St. James and the Syriac Orthodox St. Mark's Chapel, which receive much fewer visitors than others in the Old City. Armenians have been part of Jerusalem's community for centuries, first arriving in the city during the 5th century. Many more arrived during the Ottoman era and after the Armenian massacres in Turkey during the early 20th century.

If you climb up to the citadel's rooftop, you are rewarded with one of the best Old City vistas in town. During the evening, there is a Sound and Light show here, with visuals projected onto the city walls, which is particularly good for traveling families who want to introduce their children to some of the city's history.

Mount Zion (the small hill immediately south of the Old City's Zion Gate) is home to Jewish and Muslim shrines as well as a number of churches.

For Jews, Mount Zion's importance stems from this being the place of King David's Tomb. If you climb up the stairs from the tomb's courtyard, you'll come to the Last Supper Room,

Haram Al-Sharif (Temple Mount) is lauded by both Jews and Muslims as the site where Abraham (father of all three monotheistic faiths) is said to have offered his son up as a sacrifice to God, where Solomon built the First Temple for the Ark of the Covenant, and where the Prophet Muhammad is said to have ascended to heaven during his early years of preaching Islam.

Beneath the golden dome is the sacred stone both Jews and Muslims believe to be where Abraham offered his son to God and where Muslims also believe the Prophet Muhammad began his journey to heaven.

The southern side of the plaza is home to the Al-Aqsa Mosque. First established in 705 CE, it's among the oldest mosques in the world.

Where to find Jerusalem’s LGBTQ+ community

In the Old City there are clearly defined quarters based on the different religious cultures. The liberal open minded population use rainbow flags to display there liberal values. All these liberal place are LGBTQ friendly. Most of these hangouts are cafes, galleries, restaurants is a neighbourhood referred to as the ‘the Triangle’ by locals. The place as located in the Rehavia, Nachlaot, and the City Centre neighborhoods. Just hang out in these area and you will connect with LGBTQ community living in Jerusalem.

For after hours activity there is on the corner of Bastet is the Video Pub which is Jerusalem’s only LGBTQ+ watering hole. Look for the “V” posted out front and climb the steps one floor above street level.  The “Video Pub is the synagogue of the gay community” of Jerusalem. A friendly place where most of the people know each other with a small dance floor. The bar attracts a mixed crowd but gay men make up the majority.

Jerusalem’s most prominent LGBTQ+ gathering is early June’s March for Pride and Tolerance — a parade that regularly attracts 10,000 attendees. Unlike in Tel Aviv where Pride is a party in Jerusalem the event is a protest to fight for LGBTQ equality and rights. Being gay in Jerusalem is political and requires locals to fight for space in public areas.