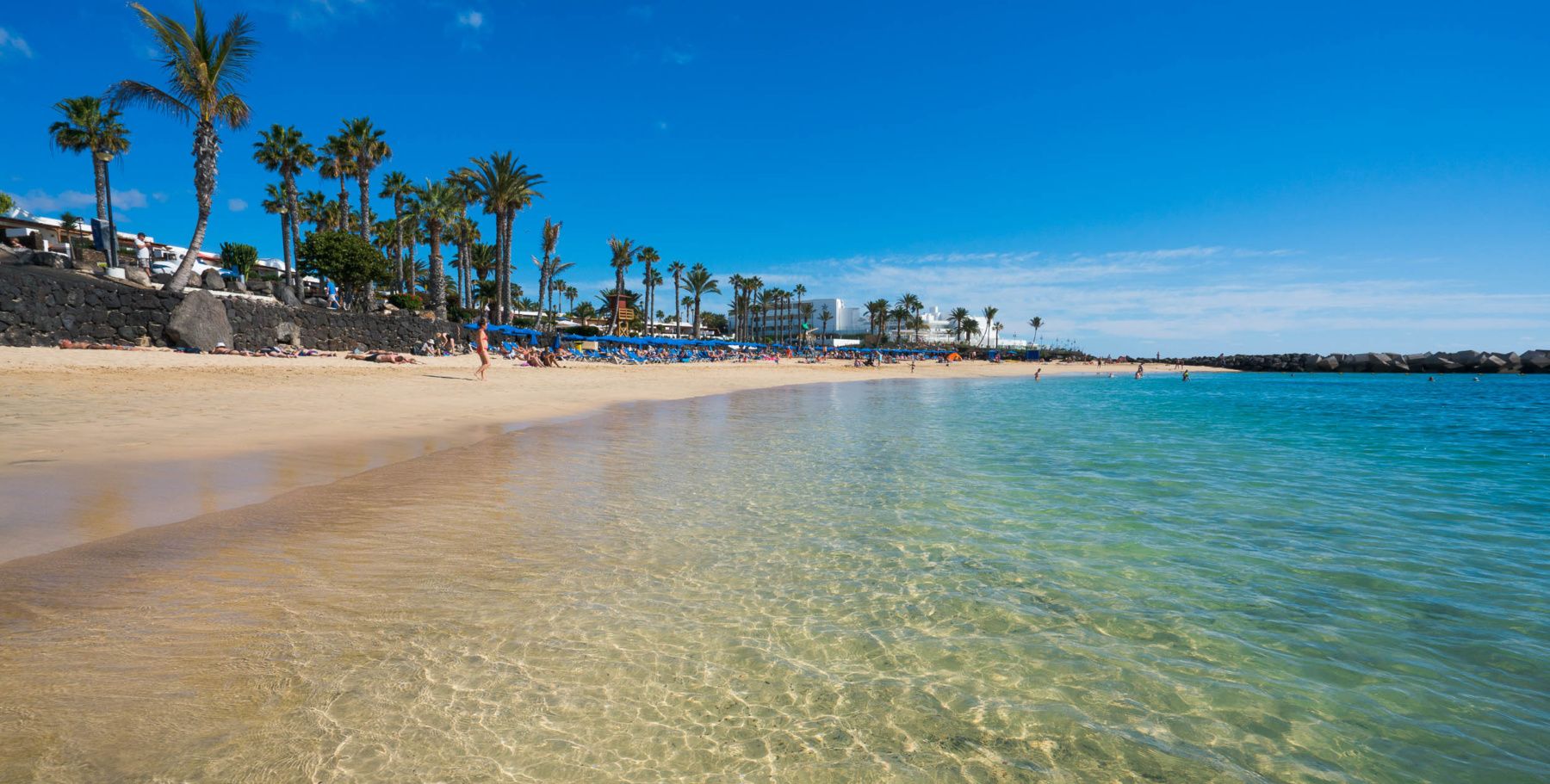 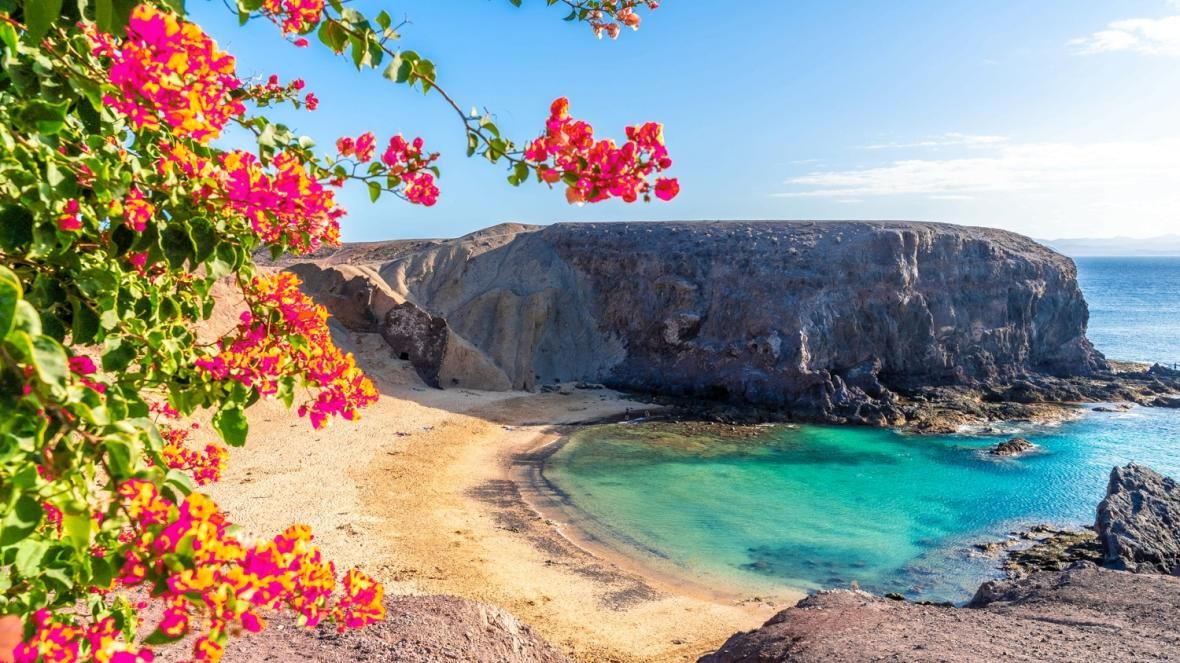 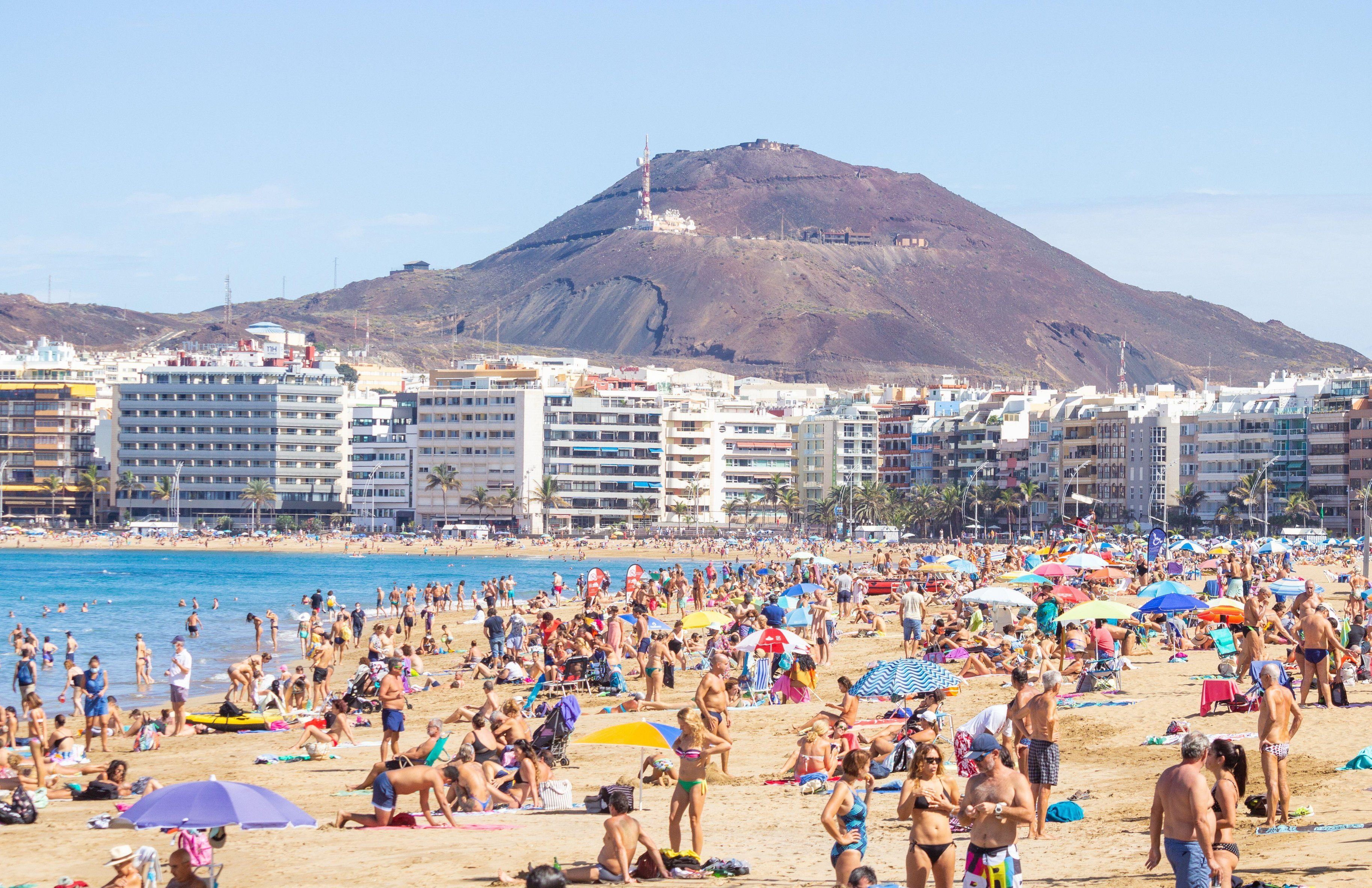 Lanzarote, a canary island off the west coast of West Africa with year-round warm weather.

Lanzarote a Spanish island, located approximately 125 kilometres off the north coast of Africa. Lanzarote is the fourth-largest of the islands in the archipelago. The island was declared a biosphere reserve by UNESCO in 1993. The island's capital is Arrecife, which lies on the eastern coastline.

Lanzarote is located 11 km north-east of Fuerteventura. The island has over 200 kilometres, of coastline, of which 10 km are sand, 16.5 km are beach, and the remainder is rocky.

Lanzarote is not a LGBTQ hot spot for events and parties and typically popular with the LGBTQ community looking for a quite beach break. Puerto del Carmen is the most popular place to stay on island for LGBTQ community.

The island's main point of entry is César Manrique-Lanzarote Airport The airport has two passenger terminal buildings, with T2 being used exclusively for inter-island flights to and from the other Canary Islands. Lanzarote Airport is located about 5 kilometres southwest of the island's capital, Arrecife.

Lanzarote Arrecife Airport (ACE) to Puerto del Carmen there is the public bus 61 which take around 30 minutes. In addition, there are shared shuttles to hotels or you can take a taxi which will take 10-15 minutes.

Lanzarote is a small beautiful island and easy to get around. There are many ferry companies offering trips to Fuerteventura, Tenerife and Gran Canaria. If time is not that important then there is the local affordable public bus service, which can take you to the most popular places on the Island.

One of the most popular places on Lanzarote is Puerto del Carmen. It lies along the south east of the island and boasts around six kilometres of protected beaches. The largest of these are Los Pocillos, Grande Beach, and Matagorda.

For anyone interested in the island’s best partying, this is the resort to choose to stay in Lanzarote. There are more concentrated pubs, bars, and discos in Puerto del Carmen than anywhere else in the island.

Fronting the Las Playas Avenue and surrounding Varadero there are night hot spots for every interest. Along the beach there are also bars and lounges featuring shows and live music.

On Lanzarote you can expect not only unique beaches but also crystal-clear water and intimate bays. Lanzarote has several nudist beaches that are also popular with gays.

In the vicinity of Playa Blanca there are several small bays and beaches that are located in a protected national park which charges as small entrance fee. A gravel road leads to the beaches of Playa del Papagayo, Playa Mujeres and Playa de Puerto Muelas. There is a chiringuito (bar) above Playa del Papagayo, which is also considered to be the most beautiful beach in Lanzarote.

The gay scene on Lanzarote is tiny with 2 know venues relatively close together in Puerto del Carmen.

Punto Lanzarote is located in the Atlantico Shopping Centre and open from around 11:30 pm 4/5 nights per week with dancing until the early hours of the morning.

Lanzarote does not host any LGBTQ events at present.