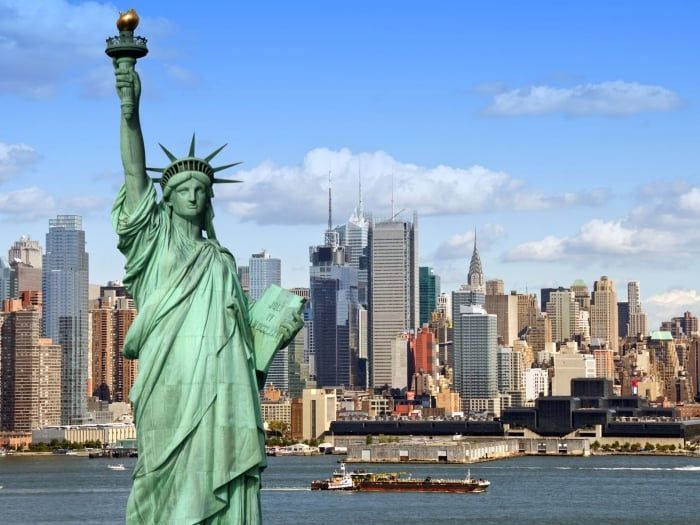 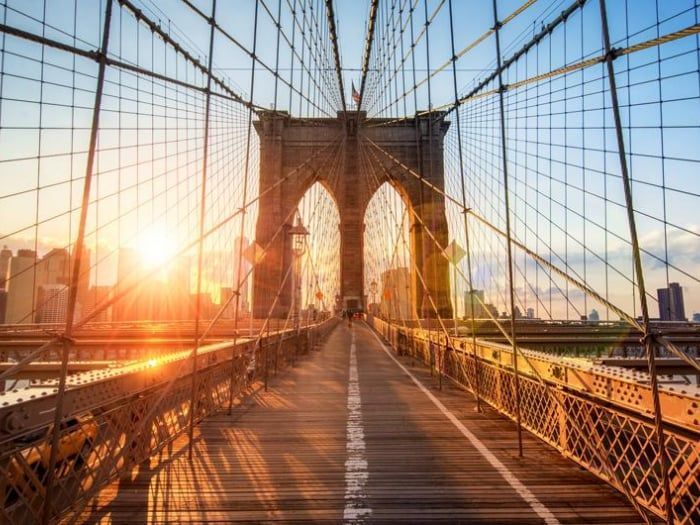 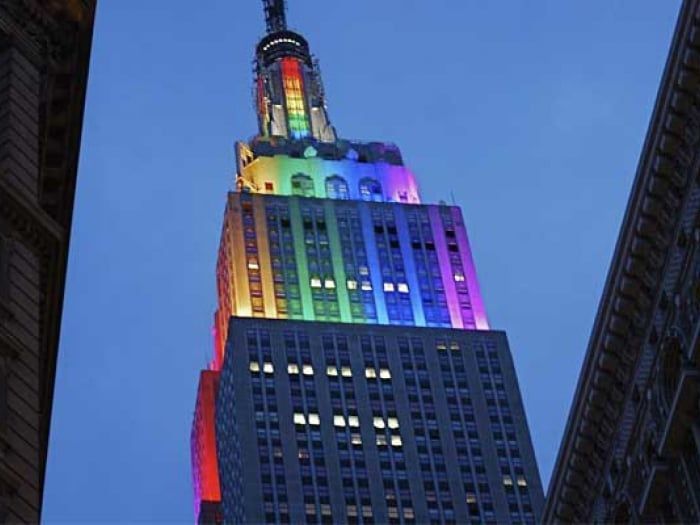 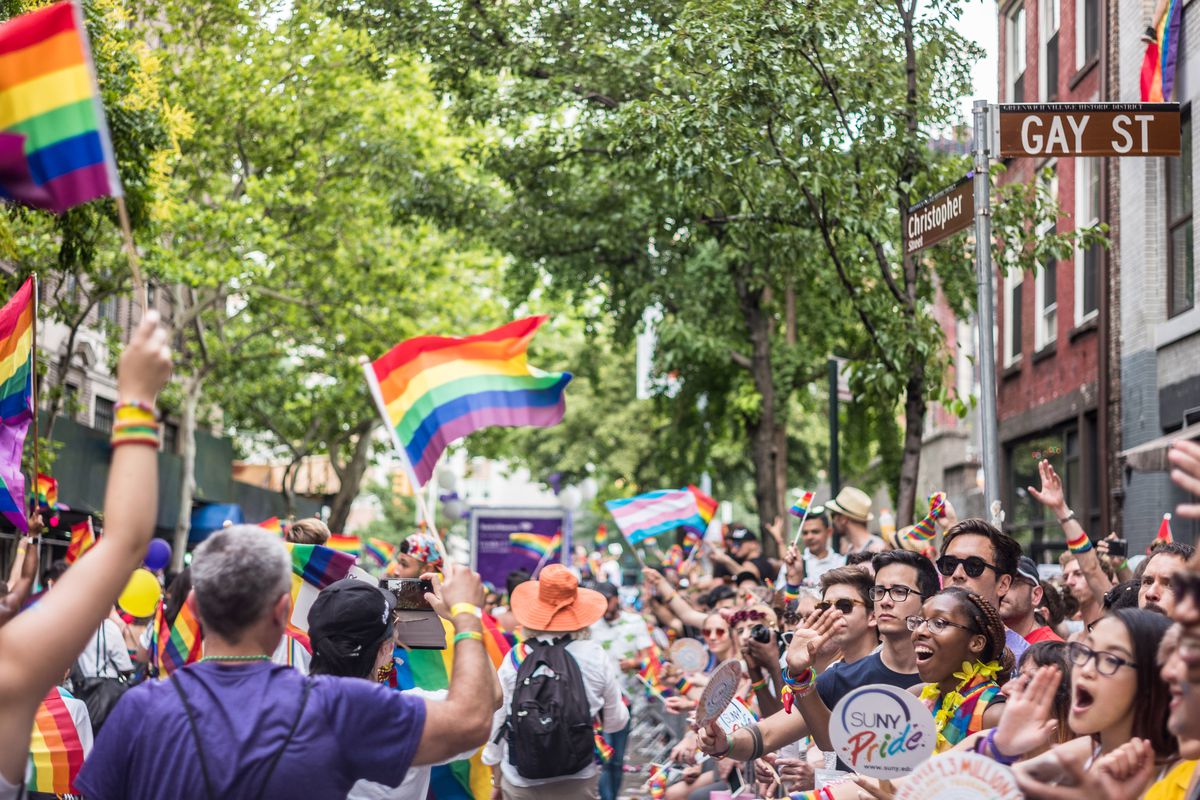 America's most popular tourism destination with famous gay history due to gay liberation protests Stonewall protests over 50 years ago.

New York City is located at the southern tip of the state of New York and consists of five boroughs Brooklyn, Queens, Manhattan, The Bronx and Staten Island. A diverse city with the largest number of immigrants from more foreign countries than other cities in the world.

New York traces its origins as a trading post founded by colonists from the Dutch Republic in 1624. It was then originally known as New Amsterdam in 1626 due to the Dutch connection before being changed to New York.

The Statue of Liberty greeted millions of immigrants as they came to the America by ship in the late 19th and early 20th centuries. New York began to emerge as a city for creativity, entrepreneurship, social tolerance, freedom and cultural diversity.

Chelsea, Greenwich Village and Hell’s Kitchen are 3 neighbourhoods to explore.

Gay culture is spread around the city in three main gay areas of Chelsea, Hell's Kitchen and the Village. However, there are bars and clubs in all 5 boroughs and not just the centre of the city.

New York City's transportation is extensive and considers of buses, ferries, trains, trams and subways. The iconic New York City Subway is the world's largest subway system. For tourists visiting the city generally this is the easiest way to get around the city.

There are several airport shuttle companies operating from JFK. You can go to the ground transportation desk to get information on where you catch your shuttle. These are companies with vans which take you downtown and drop you off in the centre where you are staying. As an alternative to the shuttle there is the Airtrain which will take you to the subway where you continue your journey downtown and is generally the cheapest transfer to downtown. You board the Airtrain in the airport and travel to Howard Beach Station where you can catch the A Train to reach the centre.

There are several airport shuttle companies operating from La Guardia. You can go to the ground transportation desk to get information on where you catch your shuttle. These are companies with vans which take you downtown and drop you off in the centre where you are staying. There is the option to travel by bus and subway to the centre which is the cheapest option. Purchase a Metro card at the terminal and look for the Q70 bus stop and take the bus to Jackson Heights-Roosevelt Ave subway station. At the Jackson Heights-Roosevelt Ave subway station you can catch the E, M, F, R and 7 trains into the centre. Check which subway station is closed to where you are staying to know which train to take.

There are several airport shuttle companies operating from Newark Liberty. You can go to the ground transportation desk to get information on where you catch your shuttle. These are companies with vans which take you downtown and drop you off in the centre where you are staying.

There is the Newark Airport Express which leaves every 15 to 30 minutes and takes between 45 and 60 minutes depending in traffic. This is You can travel via Airtrain and NJ transit. Take the Airtrain to airport rail station and then take the NJ transit train to New York Penn station.

New York does not have any exclusively gay places to stay but has LGBT owned guest houses and gay friendly hotels.

All the places to stay listed on our website are gay friendly. It is advisable to book a centrally located hotel in the centre so you can see as much of New York as possible during your visit. Booking in advance give you more choice of places to stay at generally better prices than last minutes due to greater availability.

Most tourists visit the 5 main tourist attractions of Empire State Building, Times Square, Statue of Liberty, Central Park, Rockefeller Centre and the main avenues for shopping. Each of the 3 different gay neighbourhoods are interesting to visit to see the LGBTQ history of the city.

New York City has three different main gay neighbourhoods. These different areas have evolved as the history of the city changed.

The original gay area was Greenwich village where the Stonewall bar is located. Then Chelsea was the trendy area of the city and more recently some of the places to go out moved from Chelsea to Hell Kitchen are the rents increased downtown.

All 3 areas of the city should be visited if you have time as you will see how gay culture as evolved. The bars and clubs we have listed are the most popular or iconic in each of the three areas.

The Eagle NYC is a very popular leather bar. Nice views of the city from the outdoor terrace. Address 554 West 28th Street.

Boxers Chelsea and another sport bar but considered to be a gay friendly sports as straight guy and female friends of gay guys go together. Address 37 West 20th Street.

Flaming Saddles Salon is a Men in tight jeans bar type of bar with a friendly atmosphere. Address 793 9th Avenue

Hardware Bar NYC. Hardware is one of the most popular new bars in Hell's Kitchen. Opens early and is low key, down to earth, friendly bar. Address 697 10th Avenue.

New York has numerous cafes and restaurants. The choice of different types of food is great. The typical burgers, shrimp and steak restaurants are popular.

West Side Club is Chelsea's gay sauna. You can unwind by relaxing in one of the lounges or cruising the halls for men on the prowl. All types of guys visit. Address 27 West 20th Street.

East Side Club Inc is a social/sex club for gay and bisexual men. Attracts a mixed crowd and hosts some theme nights. Address 227 East 56th Street.

New York annual pride attracts a crowd from all round the US and overseas tourists. There is a large parade in the centre of NY with many floats and one of US biggest pride events.