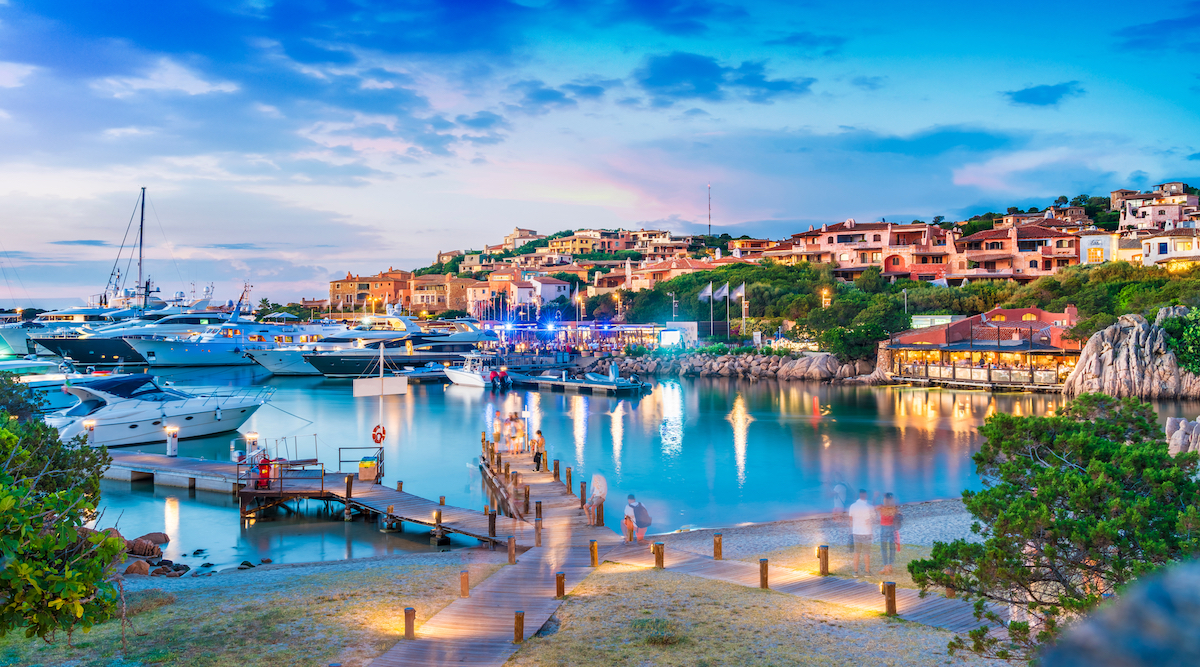 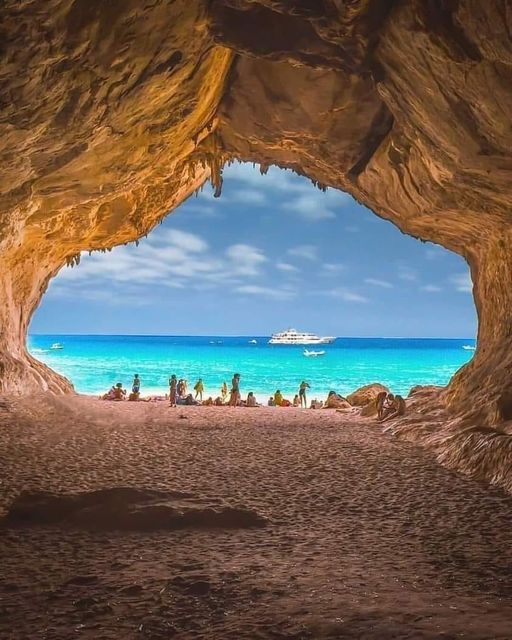 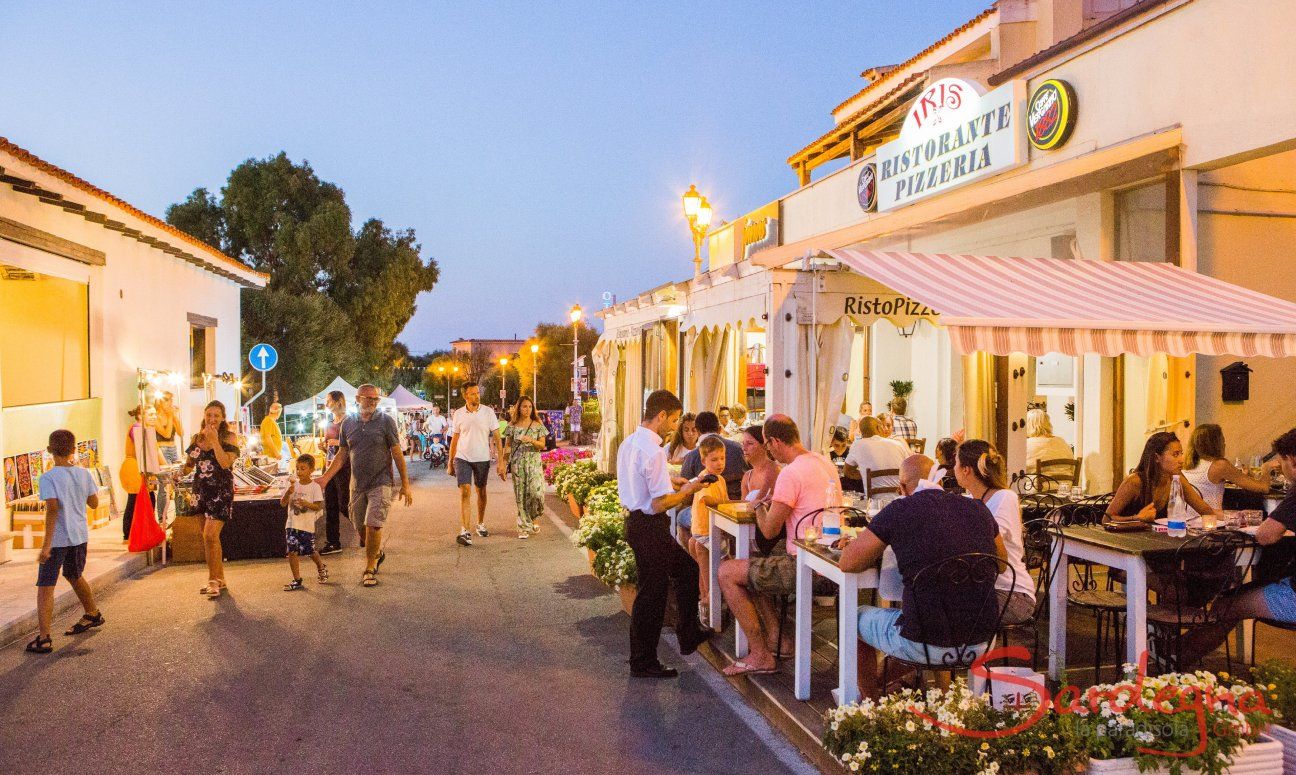 Sardinia a large Italian island in the Mediterranean Sea with nearly 2,000km of coastline

Sardinia is the second-largest island in the Mediterranean Sea, after Sicily, and one of the 20 regions of Italy. It is located west of the Italian Peninsula, north of Tunisia and immediately south of the French island of Corsica.

The capital of the region of Sardinia is Cagliari where majority of LGBTQ night life is located.

Not only is Sardinia gay-friendly, but the island is perfect for getaway relaxing vacations with great beaches, food, wine and a vibrant LGBTQ community.

During the summer the beaches are popular with tourists and naturism lovers.

Generally, LGBTQ rights are less developed compared to other European countries due to the influence of the Vatican and catholic church.

The easiest way to get from Cagliari Airport to the city centre is by train which run every 20 minutes between 5am until 9pm. The train station is only 300 meters away from the airport and the journey time is less than 10 minutes. The main train station in Cagliari is located close to the harbour.

Getting around Cagliari is quite easy with a public transports network consisting of the metro, local and extra-urban buses.

Castello, known in Sardinian as Casteddu de Susu, is best location to stay as the main of the four historical districts of the city of Cagliari.

Il Castello is the oldest district of Cagliari which is located on a hill used to house Sardinian nobles and wealthy people. Fortified over time, notably by the Pisans, Aragonese and Spanish, it served as the headquarters of military, religious and civil authorities. After the Second World War the premises of the main institutions of Sardinia were transferred there.

As the districts overlooks Cagliari and the sea, you will be able to enjoy nice views along the ramparts.

The Elephant tower and San Pancrazio tower are 2 Pisan towers built in the 14th century. In addition, in this district the Piazza Palazzo: the Royal palace, Episcopal palace and Cathedral are located there

Another of Cagliari main attractions is the Cathedral di Santa Maria built in the 13th century but had the facade redone in the 1930s to maintain the original Pisan style.

The Palazzo di Citta in the same square as the Cathedral di Santa Maria. Built in the 14th century.

The Saint Remy Bastion is one of the most popular places in Cagliari built to connect the lower and upper parts of the city at the beginning of the 20th century, it quickly became the symbol of the old town.

The San Benedetto Market will allow you to discover Sardinian gastronomy. The market is the largest food market in Cagliari. You will find all kinds of local products including cheeses and cold cuts. As always in Sardinia, local people are very kind and friendly. They will let you taste the specialities and will make you a nice package if you want to bring things back home! The market is also renowned for its large number of fish and seafood stalls. The San Benedetto Market is open every day except Sunday, from 7am to 2pm

There are numerous beautiful beach and coves in Sardinia. The Mediterranean water is amazingly blue all around the island. Each beach is a slightly different. The sand colour, amount of seaweed, and distance of the shore varies for each beach.

While Sardinia has clear water all around, the best Sardinia beaches with the bluest water are tucked away in certain areas of the coast. The most stunning ones are along the east coast, roughly halfway down the island’s coastline.

There are a several Sardinia gay beaches. These gay beaches in Sardinia are not exclusively men and different gay beaches tend to have different amounts of gay men. The list of beaches includes those frequented by gay guys and other depending on the choice of beach you prefer to visit.

Cala Fuili has some of the bluest water and made of bright white stone and is located along the island’s east coast. Since the shoreline is made up of large white cobblestones, the water glows when the sun shines brightly. Getting to Cala Fuili requires you to descend down about 100 uneven steps so take some trainer and not flip flops to climb down to the beach.

La Cinta San Teodoro appears to be one of the most crowded beach, popular  in Sardinia with lots of families with a large beachfront.

Mari Pintau is definitely the best Sardinia gay beach. The water at Mari Pintau is super clear and the beach is easy to reach by foot. Many small groups of local gay Sardinians frequent Mari Pintau.

Spiaggia de La Sciumara is considered the best Sardinia beach to see the sun set in Palau. There are a bunch of rocks along the cove at Spiaggia La Sciumara.

Spiaggia La Cinta San Teodoro is one of the most popular beaches because of the clear, shallow water and close to parking. The sand here is soft and a tinge of white colour.

Spiaggia del Poetto is a picturesque white sand beach in Cagliari popular with all types of people from tourists to gay locals.

Most gay life in Sardinia is in the south, near Cagliari so if you want to visit the Sardinia gay area you should stay in the south.

It’ll still be easy to take day trips from Cagliari to the middle of the island to visit the most beautiful beaches and return to spend evening exploring the Cagliari gay bars.

As for Gallipoli and Torre del Lago, Cagliari is a tourist’s city and during the summer months there are tons of bars, clubs and beach parties.

Fico d’India (Italian for Prickly Pear) is a chiringuito bar on the Cagliari poetto, the beach of the city. It is open all year long, but it’s during the summertime that you can find a more vibrant situation. From June to early September here you can see drag shows, DJs and entertainment. Winter is the perfect time to enjoy the great cuisine of the Fico d’India.

The Darkness Club is a men’s cruising club in Cagliari. Only open Fridays to Sundays with themed parties until the morning lights.

Gay pride is Sardina is held in Sassari when thousands of Sardinians parade in in the streets for the "right to have rights" for gays, lesbians and trans community.