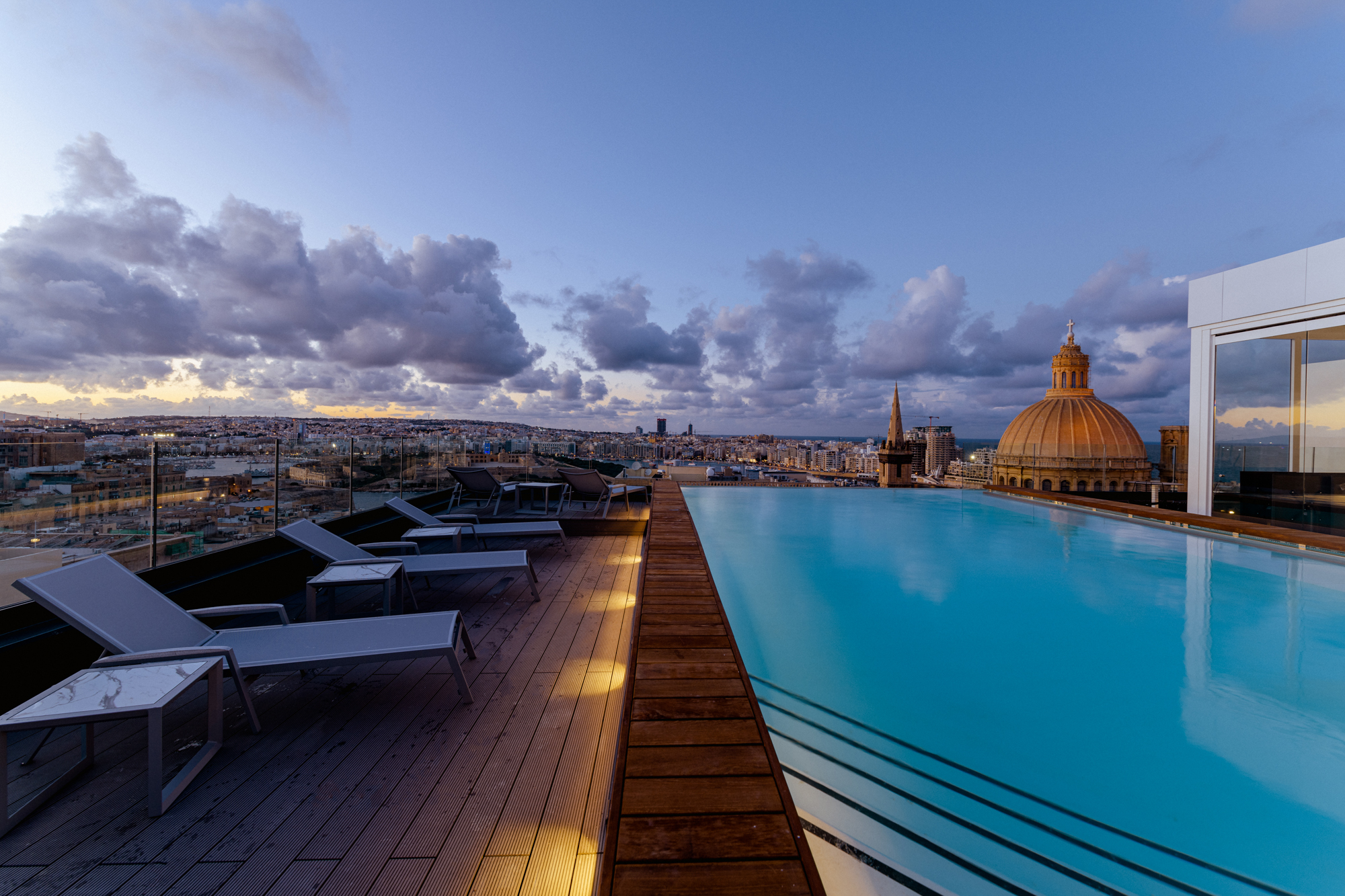 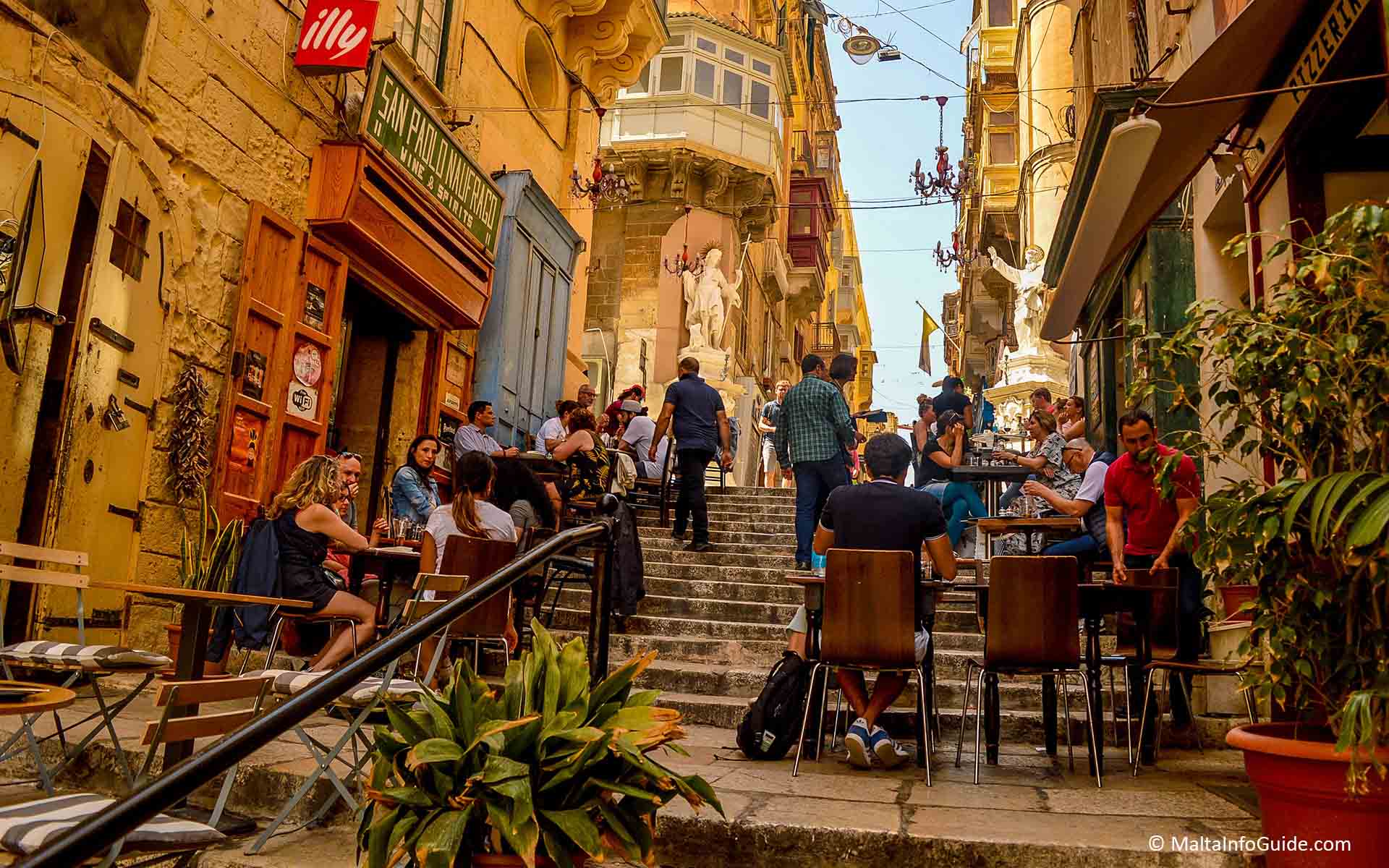 Valletta the Maltese capital of the Malta an open-minded LGBTQ friendly island.

Valletta is the tiny capital of the Mediterranean island of Malta. This walled city was established in the 1500s on a peninsula by the Knights of St. John.

Located in the middle of the Mediterranean Sea, south of Sicily, the archipelago is made up of several islands, the two most important being the island of Malta and the island of Gozo. Valletta is a UNESCO World Heritage Site.

Malta was largely considered a taboo country for LGBTQ rights for many years. Since 2012, discrimination based on sexual orientation has been severely punished. Same-sex civil unions and adoption have been possible since 2014, the first official adoption by a same-sex couple in Malta was in July 2016 and gay marriage was legalised in 2017. Gender reassignment with surgery is allowed. Furthermore, while many advanced LGBTQ friendly countries do not have a specific law on the subject, conversion therapies in Malta have been banned by law since 2016.

Malta is increasingly gay friendly. The majority of people are very open minded with a young population. The older generation which are overtly more religious are less open minded with a general macho male stereotype prevalent in Malta, meaning open displays of affection between gay men seem to cause more discomfort than those between lesbians.

When travelling from Malta International airport (MLA) to the city centre of Valletta you have two different transfer options, taking the bus or a taxi.

Malta International Airport is serviced by a few bus routes that reach various popular destinations across Malta without needing to change buses. It’s only between 25-30 minute to reach the Valletta main bus terminal.

Taxi shuttle buses operate but with more than a couple of passengers are not cheaper than taking a taxi. A taxi to Valletta will take around 15 minutes

Unlike many other European capitals, which grew from small settlements into villages, towns and eventually cities, Valletta was built based on a plan. The Valletta city plan was based on a grid system and therefore easy to find your way around. Valletta is small in size, and therefore relatively easy to explore on foot using a street map. Parts of the city are hilly so wear comfortable shoes.

Beaches can be reaches by local buses or taxis.

The best area to stay in Valletta is the historic centre. The centre of Valletta houses its most important tourist attractions. The main streets of the historic centre are Merchant Street and Republic Street, this is where you can find a wide offering of restaurants and shops.

Valletta is a city with much of the city’s tourist attractions relate to city gates and walls. Valletta isn’t the only fortified city in Malta.

Castille Palace originally built as the headquarters for the Order of St. John, this elegant building is now the office for the Prime Minister of Malta. A Baroque architecture on a square close to several other landmarks and monuments.

Just next to Castille Palace lies an entrance to the Upper Barrakka Gardens. These small gardens are one of the few hints of nature in the stone city of Valletta.

From their terrace if you look down to The Saluting Battery with its cannons and across the Grand Harbour to other towns and cities of Malta.

When you enter through the City Gate of Valletta you will see a pedestrian directly in front of you. That is Republic Street, and considered the main street through Valletta. This long street stretches the entire length of the city.

Along Republic Street, is St. George’s Square which is considered the centre of Valletta and the Grandmaster Palace.

All the beaches in Malta are considered LGBTQ friendly however some are more popular.

Most of the sandy beaches are located in the north of the island, but rocky beaches should not be underrated. Several of Malta beaches have acquired a Blue Flag status, which guarantees a level of safety and service. Secluded beaches are hard to get to, but worth the effort. It is the secluded ones that tend to attract the gay community. Nudists also visit the secluded beaches, although nudism is illegal and carries hefty fines.

Gnejna Bay Beach. This beach is very popular with the gay community because it also enjoys relative privacy and is left undisturbed due to its inaccessible location. Go to the right along the limestone hills. A boat or a good walk can also take you to “Il-blata”, a beautiful place where the rock is at sea level. The beach can be reach from Riviera Bay along a rough trek.

Fomm ir-Rih Bay. Access is difficult (you have to walk and be fit) but the place is worth the effort. This beach is very secluded. There is no public transportation available and reaching the beach involves a fifteen-minute trek down a rugged path, but this pebble beach is well worth the effort to get away from weekend crowds in the summer

Riviera Bay (Għajn Tuffieħa), has a smaller secluded beach located to the left of the main cove, which is where local nudists and gays often go to relax. Although it's not officially a gay or nudist beach, the authorities don't worry about it so you won't be disturbed. Be aware that you'll need to walk down quite a few steps to reach the beach area.

Ras il-Qarraba isn't actually a beach but a rocky outlook nestled between Gnejna Bay and Ghajn Tuffieha Bay. Gay locals like to hang out on the west side where big fallen rocks provide privacy for a spot of nude sunbathing. You can only get there by hiking from Ghajn Tuffieha Bay, but you'll also be treated to some fantastic views.

While in Malta make the effort to try a Maltese restaurant for at least one meal. Malta has a huge Italian influence and Italian restaurants are everywhere.

There is no official gay area in Malta. That being said, there are a handful of bars\clubs spread out across the island, though most of them can be found in Valletta, with a population of fewer than 6,000 people. Remember Malta is a teeny tiny nation of just 400,000 people.

Yard 32 Gin & Tapas Bar is run by a LGBTQ friendly bar with very friendly staff serving a giant collections of gins. They're passionate about their gin and serve great gin and tonics and tapas. Open Wednesdays - Sundays from 6.30pm until 1am.

Maori is a cool lesbian-owned bar located right on the waterfront of St Elmo Bay. It's a popular hangout for local artistic types whom come to drink, dance and socialise with local LGBTQ community customers. Open Wednesdays to Sundays from 6.30pm until late if busy.

The Brunch Bunch is a one a month Sunday all-day monthly event that takes place at various locations. Attended by a large section of the island's LGBTQ community for a drag show, live music, cute Maltese guys, and opportunity to let your hair down!

Alchemy is a modern and sleek LGBTQ friendly cocktail bar in Valletta. Serving an extensive range of cocktail that are made to perfections. Open daily from 2pm until 2 am.

Michelangelo Club Lounge, located in St. Julian's, Michelangelo is the official gay club of Malta open every night from 10pm. It's around 20 minutes drive from Valletta and gets busy at weekends or when they run the themed nights. It’s located in the Paceville neighborhood, tucked between many other businesses and attracts many non-LGBTQ patrons that flood the area.

Lollipop are parties run 1-2 times each month that attracts a fun crowd of both locals and foreigners. They're popular and fun with a colourful swirl of pop music, glitter and loads of sequins, and the odd leather body-harness guys.

Almost at the end of the European and Norther American pride season Malta Pride is held in September to keep the party atmosphere alive. Malta Pride has grown to become one of the country's best events, with every year more and more people attend.

The relatively small parade fills the streets of Valletta with colourful floats and music.