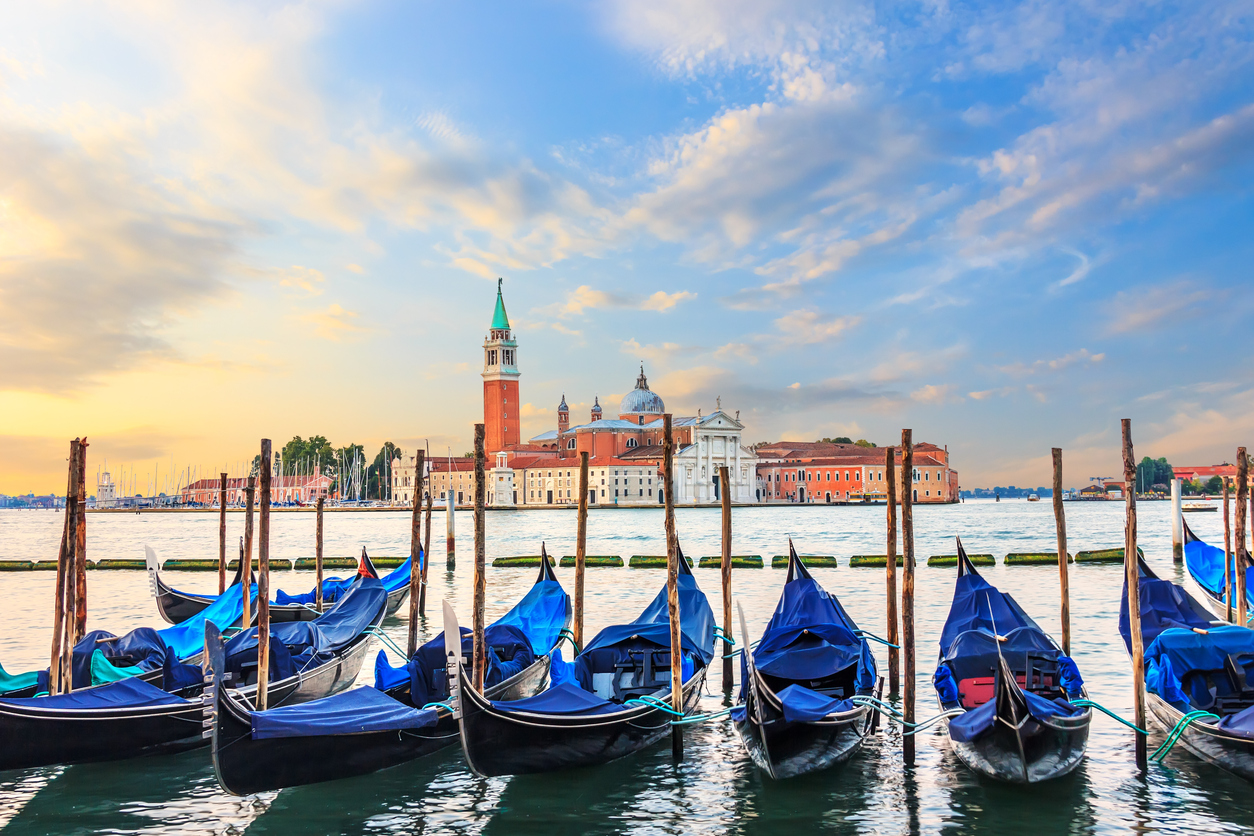 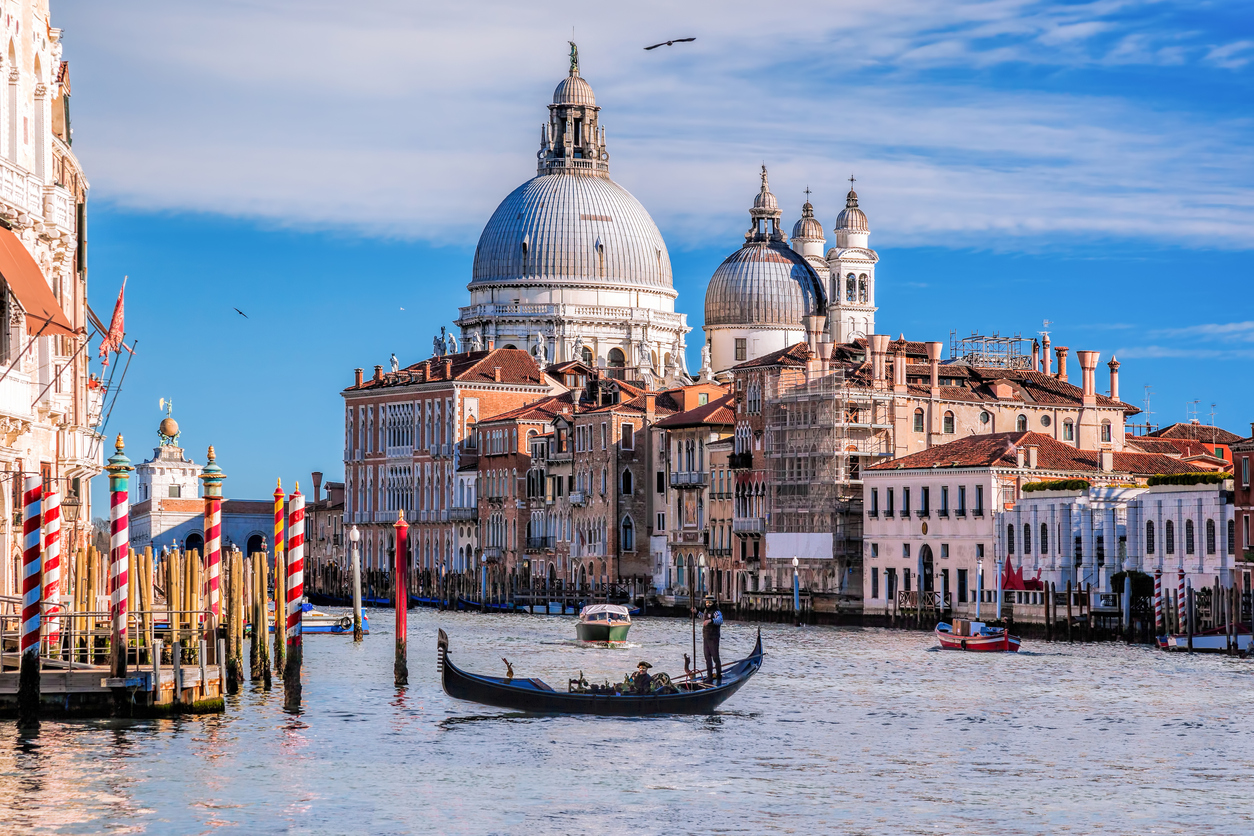 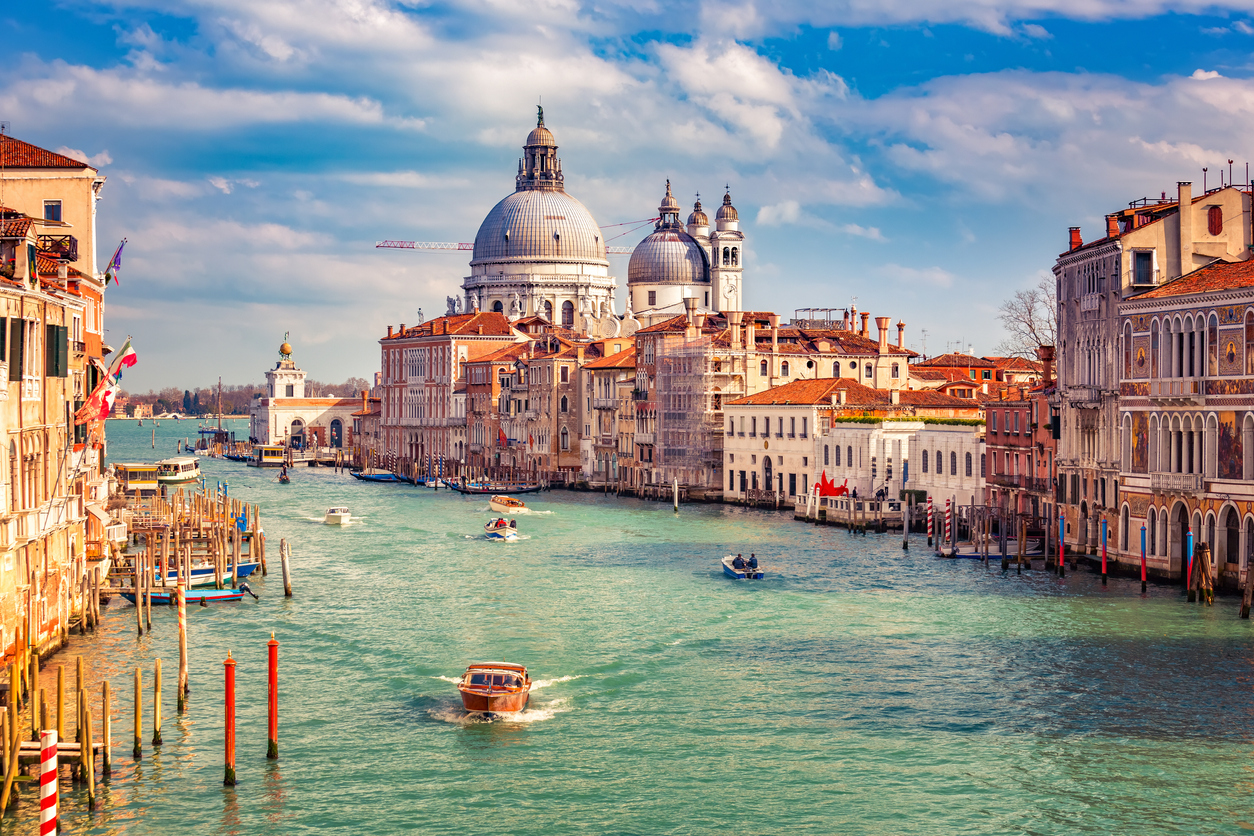 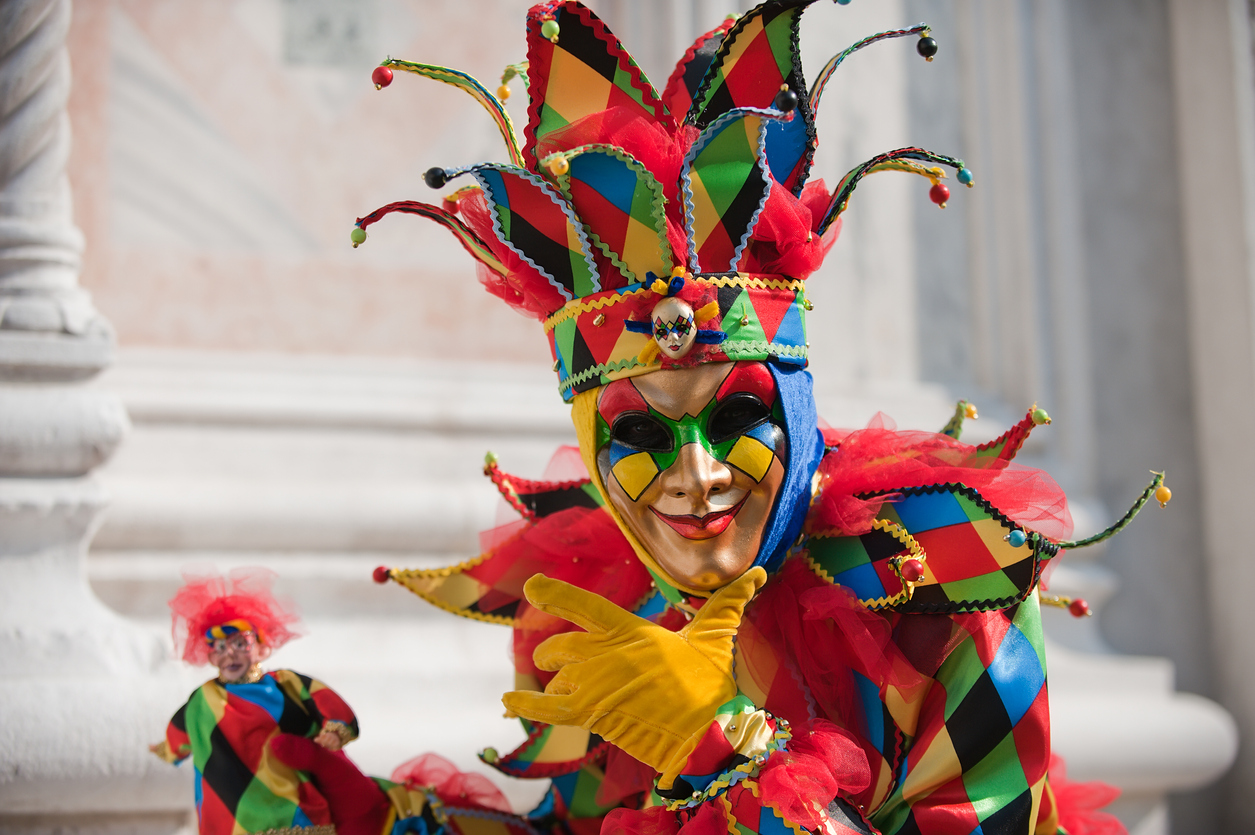 Venice the Italian city famous the world over for the canals and gondolas.

Venice is the capital of the Veneto region. It is built on a group of 118 small islands that are separated by canals and linked by over 400 bridges. The islands are in the shallow Venetian Lagoon, an enclosed bay lying between the mouths of the Po and the Piave rivers. The city has a small population of approximately 260,000,

The cities name is derived from the ancient Veneti people who inhabited the region by the 10th century BC. It was a major financial and maritime power during the Middle Ages and Renaissance, as well as an important centre of commerce and art from the 13th century to the end of the 17th. This trading and importation made Venice a wealthy city throughout most of its history.

The lagoon and a part of the city are listed as a UNESCO World Heritage Site. Parts of Venice are renowned for the beauty of their settings, their architecture, and artwork.

Although the city is facing some challenges (including an excessive number of tourists and problems caused by pollution, tide peaks and cruise ships sailing too close to buildings) it remains a very popular tourist destination.

Venice does not have a diverse LGBTQ scene. There are only a few gay places, most of which are located in the industrial area of Mestre on the mainland west of the lagoon.

The main means of public transportation consists of motorised waterbuses (vaporetti) which ply regular routes along the Grand Canal and between the city's islands. Private motorised water taxis are also active. The only gondola still in common use by Venetians are the traghetti, foot passenger ferries crossing the Grand Canal at certain points where there are no convenient bridges. Other gondola are rented by tourists on an hourly basis

The Marco Polo International Airport (Aeroporto di Venezia Marco Polo) is named in honour of Marco Polo. The airport is on the mainland and was rebuilt away from the coast. Public transport from the airport takes Venice Piazzale Roma or by Aerobus.

Venice-Treviso Airport approximately 30 kilometres from Venice is used mainly by low-cost airlines. There are public buses from this airport to Venice.

San Marco is probably the most famous and one of the best areas to stay in Venice. When you think of Venice, the image that comes to mind is the iconic Saint Mark's Square, or the Bridge of Sighs with a gondola slowly sailing along it. Making your base in the San Marco area is good for seeing the top tourist sights.

Venice has been listed as a UNESCO World Heritage Site since 1987. One of its main attractions is the Grand Canal with its more than 200 noble palaces and the famous bridges, from the four-century-old Rialto Bridge to the modern Ponte della Costituzione designed by Santiago Calatrava.

Other famous sights include the Doge's Palace, St. Mark's Basilica with its Campanile, and the Baroque church Santa Maria della Salute.

Venice's islands and palaces, canals and gondolas have inspired painters and musicians for centuries.

The only gay bar and club in Venice are located in Mestre which is 10 minutes from the centre of Venice. Most of the LGBTQ scene is in Padova which is close to Venice where most of the LGBTQ community travel to for a larger choice of nightlife.

The Trash and Chic is the only real gay dance club in Venice and open on Saturdays with fun theme parties. The music ranges from pop to house, and it often welcomes guest DJs, professional dancers and local celebrities.

Juiceberry is a cruising club attracts gay men from all over northern Italy. It has dark rooms and a bar serving snacks.

Venetian cuisine is characterized by seafood and garden products from the islands of the lagoon, rice from the mainland, game, and polenta. Most types of traditional Italian food are also available in many restaurants.

The golden, oval-shaped cookies called baìcoli originate from Venice as well as many other sweet biscuits\cookies. The numerous cafes are stocked with desert to accompany cappuccino or expresso breaks at the numerous cafes. Please note the cafes on St Marks square with music are some of the most expensive in the world.

The Metro Venezia Club is located in Mestre just like the few bars\clubs in Venice. Mestre is 10 minutes from the central Venice. The sauna is clean, modern with a bar, jacuzzi, Turkish bath and offers tanning.

The city has boutique shops from many of the fashionable high end Italian fashion brands.

Venice due to the small local population doe not have any major LGBT events. The Venice carnival is however popular with LGBT to dress up and wear masks.