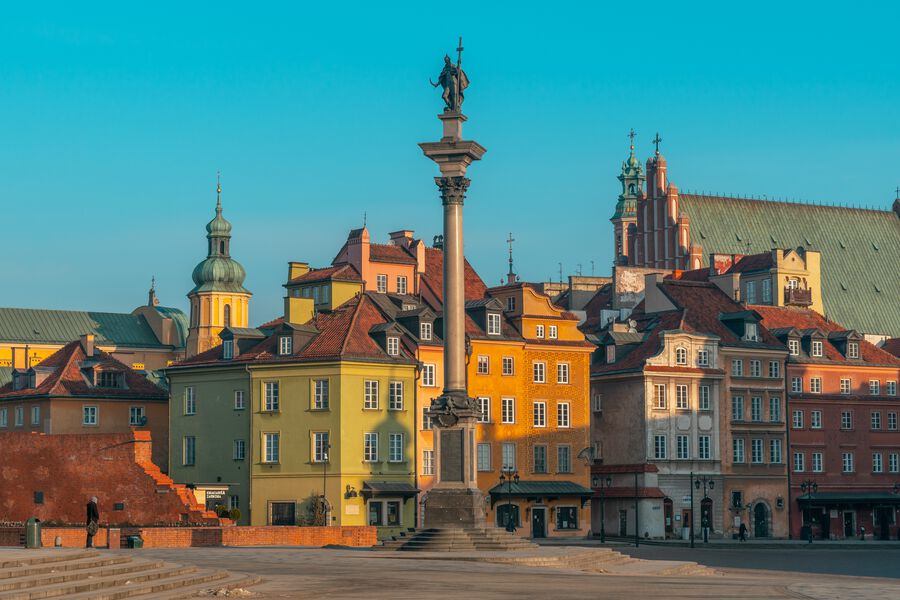 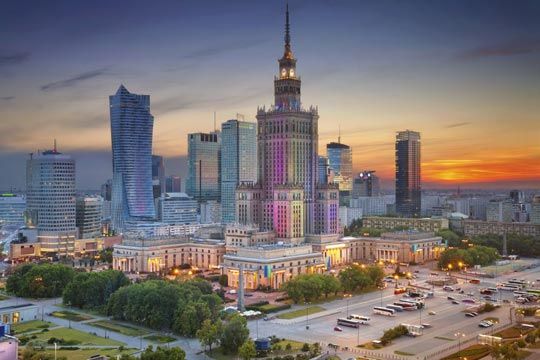 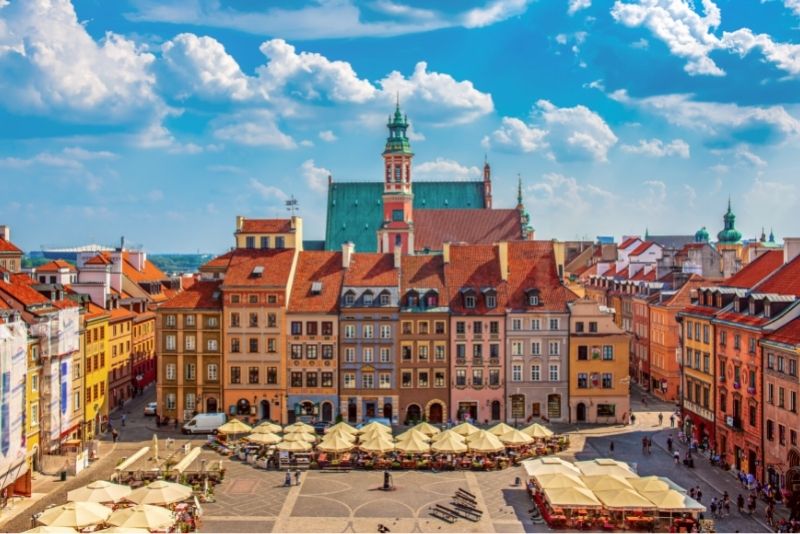 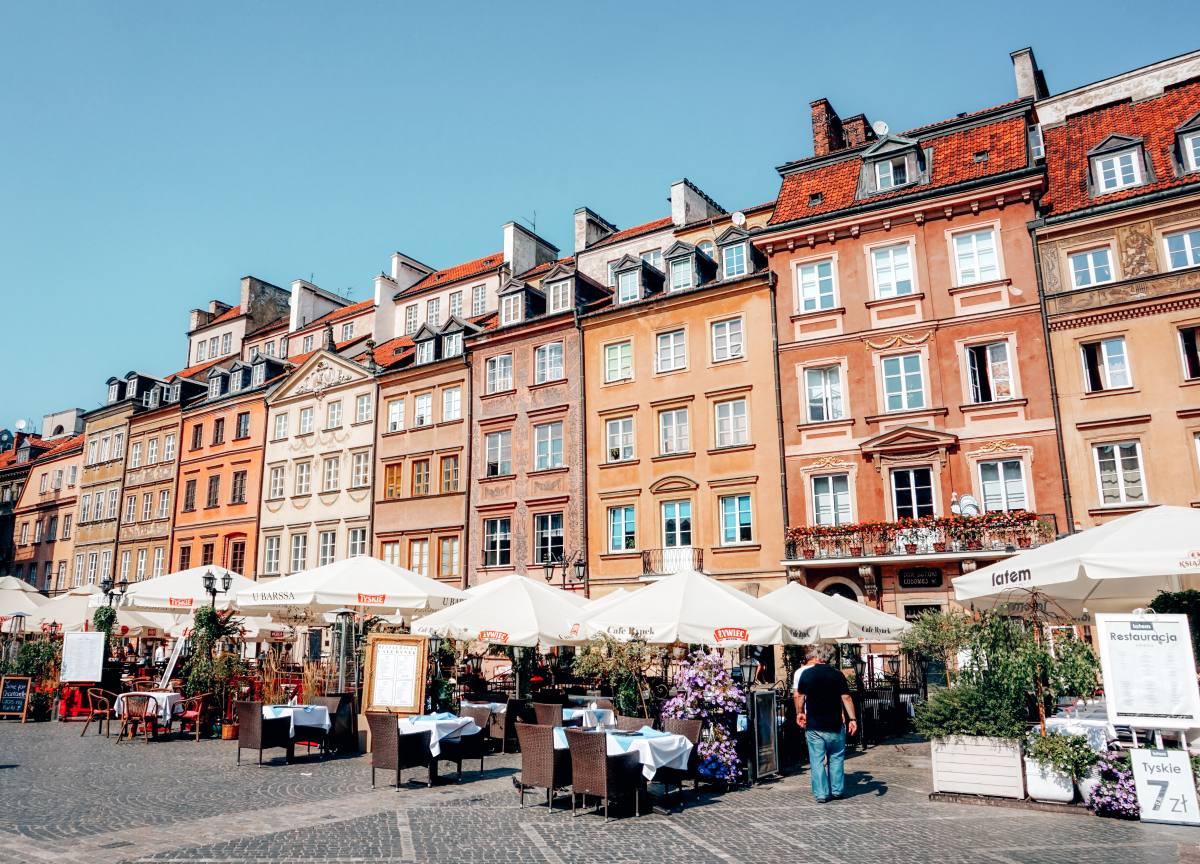 Warsaw the Polish capital standing on the river Vistula

The 19th century and its Industrial Revolution brought a demographic boom which made it one of the largest and densely-populated cities in Europe. Known then for its elegant architecture and boulevards, Warsaw was bombed and besieged at the start of World War II in 1939

The city and country which remains a socially conservative Roman Catholic is gradually evolving to become more liberal. Despite slow progress politically, wider Polish society is slowly becoming more tolerant, and Warsaw has some gay bars, clubs, and cafes – although a far less developed gay scene than you would expect for a city of this side. It is still advised to keep overt displays of public affection to a minimum.

Being gay in Poland is not easy with a socially conservative Catholic Church who until recently wherein the grip of anti-gay hysteria and a state-sponsored campaign of LGBTQ persecution.

While Krakow might be rapidly changing with an influx of Western Europeans looking for both history and nightlife, it is still very much a Catholic city.

However, as in much of Eastern Europe, the younger generation is finding their voice, and in Krakow, you can find trendy cafés and bars frequented by the LGBTQ community.

Warsaw is served by two international airports, the busiest being Warsaw Chopin and the smaller Warsaw Modlin intended for low-cost carriers. Major public transport services operating in the city include the Warsaw Metro, buses, commuter rail service and an extensive tram network.

There is one train that connects Warsaw Chopin Airport (WAW) directly to the city centre of Warsaw. The S2 train is located beneath the Terminal A. The trip to the downtown area of Warsaw takes 20 minutes.

Modlin Bus is the main public transportation from Warsaw Modlin Airport (WMI) to Warsaw city centre. The bus runs from 0510 am until 0015 am and usually takes around an hour depending on the time of the day and traffic.

The best way to get around Warsaw is on foot or using the fast and inexpensive public transport. You can use buses, trams and the metro. Tickets for Warsaw is divided into urban zone “1” (within the city boundary) and suburban area “2”.

The Old Town Market Square is a good example of the city’s reincarnation. Located in the oldest part of Old Town, the square dates back to the late 13th century and was totally destroyed by bombs in World War II. It was restored to its pre-war condition after the war.

Most of the buildings were rebuilt beginning in 1948, and look much like the original 17th century structures. The market square features a bronze sculpture of the Warsaw mermaid, the symbol of Poland’s capital. There are many restaurants that surround this pretty square, which make it a good place to sample Polish food specialties.

The Museum of the History of Polish Jews is located on a site that is important to Jewish population as the Warsaw Ghetto, where they were confined during the Holocaust. Opening on the 70th anniversary of the Warsaw Ghetto Uprising, the museum honours 1,000 years of Jews in Poland.

It is designed to educate people about the Jewish faith and culture through exhibits in eight galleries, how they came to Poland which at one point there were more Jews living in Poland than anywhere in the world.

The Royal Castle served as the main home for royals and officials of Polish rulers for centuries. It is located on Castle Square at the entrance to Old Town. The castle dates back to the 14th century when it was the official residence of the Dukes of Masovia. It was conquered many times by invaders. This impressive structure, with a tower in the middle, is a museum today but hosts some official state meetings.

Czyli Zurawia forty-five is a delicious Italian restaurant & cafe bar & in the centre of Warsaw with an amiable and homelike atmosphere. Given the proximity to Warsaw’s gay scene, this gay-run café bar\restaurant always going to draw in the crowds.

Miedzy Nami is a gay-popular gastro-pub and café gallery that continues to be one of the best places to experience gay life in Warsaw during the day. An artsy and alternative venue that also sells magazines, books, and music. The venue transforms into a fun nightlife spot and hosts exhibitions and music events.

MiTo is another gay-popular cafe, art gallery, and bookstore in the downtown Warsaw. A stylishly contemporary setting that serve breakfast, lunch, and dinner with a loyal base of gay customers.

Praga on the right/east side of the river, is a young and artsy-alternative gay-friendly space.

Stop by the Soho Factory, a post-industrial zone filled with art galleries, boutique designers, fashion markets, and food, the Neon Museum, or really just stop any intriguing spot that takes your fancy. There are also some cool music venues out there such as Skład Butelek hosting periodic gay parties.

The Srodmiescie district in the city centre is considered the de facto gay area of Warsaw. Be aware that some hustlers operate so do not any valuables with you if you can help it.

Club Galeria is a gay karaoke bar with two dance floors, open to all genders, and hosts regular drag shows, concerts and dance parties. The bar is located in the underground of a market so can therefore be hard to find on first visit.

Code Red is a kinky gay sex club in Warsaw with plenty of dark spaces, glory holes, a video room, lounge area, and bar. Code Red is a club just for males with a friendly atmosphere and uninhibited fun. Open daily from 8 pm.

Glam Club is a fashionable gay club with an eclectic array of events from Tuesday night fashion shows to all-night dance parties and drag shows. Small and very crowded on the weekends. Drinks are quite but club is little dated hence name Glam might no longer be considered accurate.

Klub Galeria is one of the best gay bars in Warsaw where you can drink, laugh, dance and mingle all night long. Fabulous drag, an epic dance floor, VIP spaces and fun karaoke nights. Home to many of Poland’s biggest drag superstars, top strippers, dancers and musicians for one-off events. Open every night of the week except Monday.

Lodi Dodi is a small cosy gay club located in the city centre of Warsaw with very friendly staff and the crowd consists of a nice mix of locals and foreigners. A great place to try some Polish beers, and listen to local music from the 60s, 70s and 80s. There are three levels in the club: the oval bar on the ground floor, a snug area on the mezzanine, and another bar in the basement, where you can also find a labyrinth and some cabins. The bar is especially busy during the men-only parties at weekends.

Mekka Klub is the after-hours gay club for Warsaw open to 10 am on Saturday and noon on Sunday! A cruisy atmosphere with a small play space, three dance floors, DJs and it is always crowded.

Ramona Bar is popular with the Polish and international gay crowd. This relaxed casual bar is popular with older crowd and offers local food, friendly staff, and trashy pop music to help get you into the party mood. A classic Central European gay bar under-the-radar but friendly.

Bunker is a gay cruising club anyone with a fetish interest including leather, sports, army, punks, skins, bears and other things. visited by a mixed crowd of younger men. The club is only open on Saturday night, and you can enjoy free drinks after you pay for the entrance fee. Then you can either relax at the bar or move downstairs where you will find a playroom/maze.

Błota is the closest thing to a gay beach in Warsaw, this riverside spot near Plaża Romantyczna is about 10km south of city centre and a busy gay hangout in the summer. The easiest way to get here is a relaxed bike ride which takes about 40 minutes from the centre of Warsaw.

There are two gay saunas to choose from, and each is relatively easily accessible from most of the central city. The gay saunas in Warsaw mostly get crowded on week days after work from 5 pm and on Sunday afternoons.

Heaven Sauna is a small but very safe, clean and cosy sauna run by friendly staff. There is a dry sauna, steam bath, bar, chill-out area, private cabins, TV room, free internet and playroom. Professional massages are available for an additional cost. The sauna is only open for men every day except Tuesdays when all genders are welcome. This gay sauna is fashionable with the weekend party boys, and is open until midnight on weekdays and even later on the weekends. Trans men are welcome.

Sauna Galla is the oldest gay sauna in Poland having been open since 1995. The facilities are on 2 different level with a steam sauna, dry sauna, two TV rooms, a relaxation room, a well-stocked bar and a smoking room. Nudity is allowed, but most gay men in Poland wear a towel. During the week this sauna is visited by men, but women are welcome to join the party on Sundays only.

Equality Pride is the annual event in Warsaw, which is dedicated to the promotion of acceptance and diversity in regards to gender and sexuality. The Equality Parade does not solely focus on LGBTQ+ issues but advocates equal rights for all groups suffering from discrimination, such as people with disabilities, ethnic and religious minorities, as well as animals.

The LGBT Film Festival is one of the most important events for LGBTQ community Poland. It takes place every year and has become the biggest celebration of LGBT (lesbian, gay, bisexual, transgender) cinema in the country.